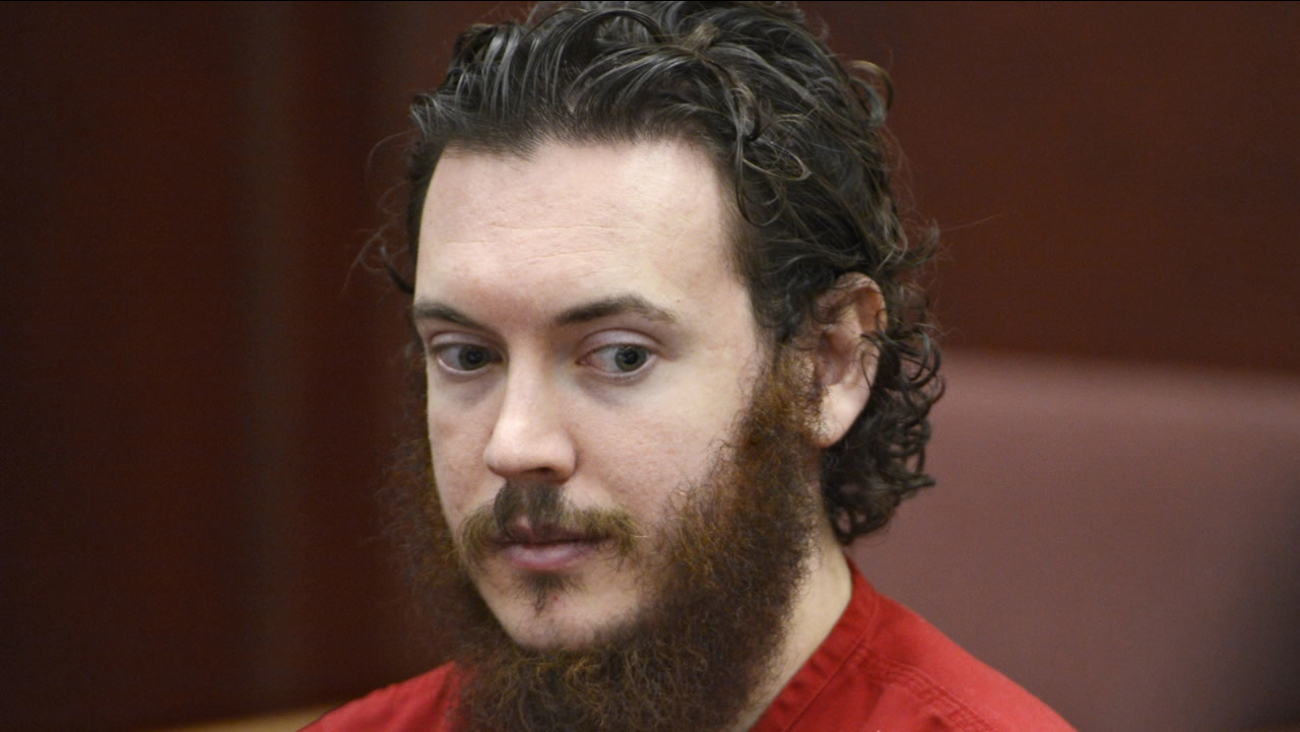 CENTENNIAL, Colo. -- Jurors in the Colorado theater shooting trial declined to rule out the death penalty Monday as they move toward sentencing James Holmes.

The decision clears the way for one last attempt from both sides to sway the jury with gripping testimony from victims about their harm and suffering as well as more appeals to show mercy to the man convicted of murdering 12 people and trying to kill 70 more.

Holmes, who is taking anti-psychotic drugs that dull his reactions, stood as ordered and appeared emotionless as the judge read the decisions. On all 24 murder counts carrying a potential death penalty - two for each of the 12 people slain - the jury found that aggravating factors outweighed mitigating factors.

With that, the jury was sent home and told to return Tuesday morning for the final phase. Then, the nine women and three men will finally decide whether the 27-year-old should receive a lethal injection, or spend life in prison without parole.

The same jury rejected the defense claim that mental illness so warped his mind that Holmes could not tell right from wrong when he carried out the theater attack in the Denver suburb of Aurora on July 20, 2012.

In the first step of Colorado's complicated death sentencing process, prosecutors then argued, and jurors agreed, that capital punishment could be appropriate because Holmes sprang a terrifying and cruel ambush on hundreds of unsuspecting victims.

In the second step, defense lawyers argued that mental illness nevertheless reduced Holmes' "moral culpability," and that his personal history made him worthy of mercy. They said it was schizophrenia, not free will, that drove Holmes to murder. They called his former teachers, friends, sister and parents, who said "Jimmy" had been a friendly child who withdrew socially as he grew older.

Robert and Arlene Holmes testified that they never suspected their son was mentally ill. But Robert Holmes acknowledged that they rarely communicated in the months before the theater attack, and that in his family, emotions just weren't talked about, even though his own father and sister had been hospitalized with mental illness.

"He was not a violent person. At least not until the event," Robert Holmes said, referring to the theater attack.

Jurors deliberated for less than three hours Thursday and Monday before deciding that his mental problems and the appealing portrait of a younger, kinder man did not outweigh the horrors of the calculated attack on defenseless moviegoers that Holmes waged as a graduate student.

Holmes had been a promising scholar in a demanding neuroscience Ph.D. program at the University of Colorado until his life went awry amid the pressures of laboratory work. He broke up with his first and only girlfriend and dropped out of school, abandoning his longtime goal of becoming a scientist. He obtained prescription anti-anxiety and anti-depressant medicine by seeing a campus psychiatrist, but hid the depth of his turmoil from everyone, describing it instead in a secret journal.

That eerie notebook - which Holmes mailed to the psychiatrist hours before opening fire in the theater - became key evidence. In it, Holmes diagnosed himself with a litany of mental problems and methodically laid out his plans to kill. He wrote that he tried to fix his own brain, and failed.