Columbine HS holds day of service, not walkouts, on April 20 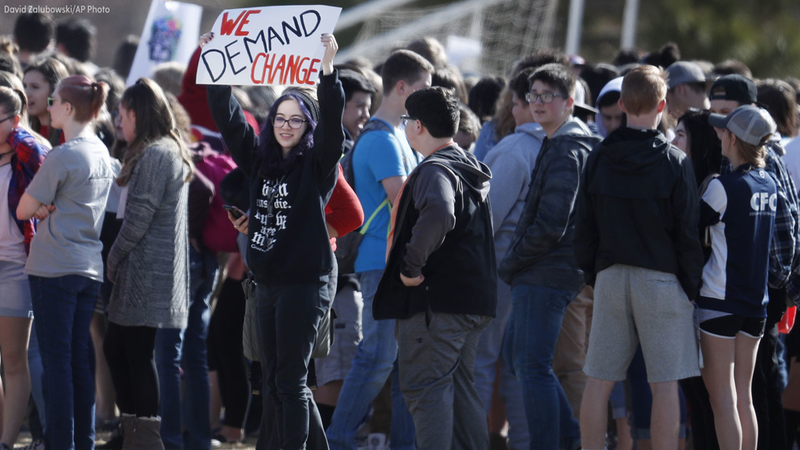 Columbine HS will hold day of service, not walkouts, on April 20

Officials at the school district of Columbine High School have asked their students to participate in a day of service rather than join the National School Walkout on April 20, the anniversary of the Columbine school shooting.

Jeffco Public Schools Superintendent Jason E. Glass said in a letter to the school district that he hopes students of Columbine will continue volunteering at community organizations on April 20 as they have done in the past. This year will mark the 19th anniversary since the tragic shooting. The students of Columbine participated in the March 14 #Enough National School Walkout.

"While the folks in Florida encouraged a demonstration of unified, national support through student walkouts, I request our schools and students consider honoring the memory of Columbine by following the lead of the Columbine community, which believes firmly in the motto, 'A Time to Remember, a Time to Hope,'" wrote Glass. "Coming together, giving back, and having a collective positive impact on our community has been a Jeffco tradition, and I hope we continue that tradition."

The National School Walkout was organized by students from Ridgefield High School in Ridgefield, Conn. Walkouts across the nation are planned for April 20 at 10:00 a.m. local time.

Over 2,300 walkouts have been planned around the U.S., according to the organization. As students gather outside, they will take 13 seconds of silence to honor the 13 students killed in the Columbine shooting.

David Hogg, a survivor of the Parkland school shooting and gun control activist, said on Twitter that students of Columbine should continue their tradition of community service.

The #NationalWalkOut is happening on 4/20 (Friday) in 1100+ schools across the country — Walkout as a community to stand up against gun violence. The people of Columbine would like you to follow your demonstration with community service. #DemandChange #NationalSchoolWalkout