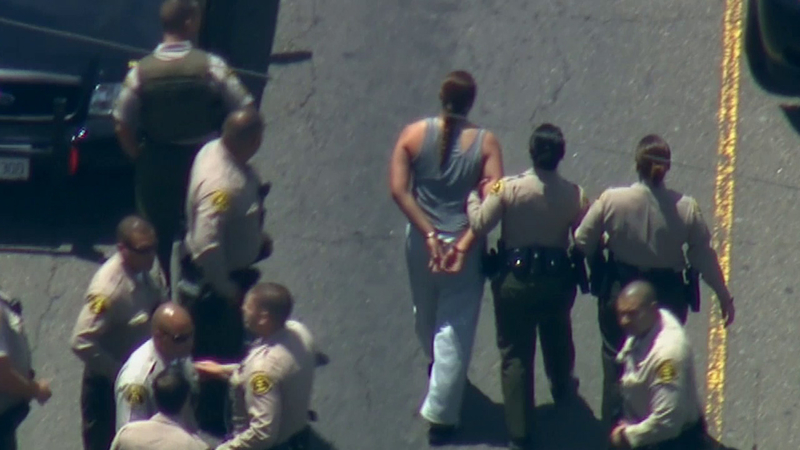 WILLOWBROOK, LOS ANGELES COUNTY -- A 15-year-old girl in a silver Nissan Altima led sheriff's deputies on a wild chase through the streets of Compton and South Los Angeles Thursday afternoon.

For roughly 30 minutes, the suspect dangerously sped through a park, a CVS parking lot and several crosswalks, and nearly slammed into a sheriff's patrol car.

"The suspect, in this case, rammed that vehicle, actually intentionally swerving for the deputy in the driver's portion, knocking the driver's door back into the car and very narrowly missing the deputy," said Sheriff's Lt. Michael Hannemann. 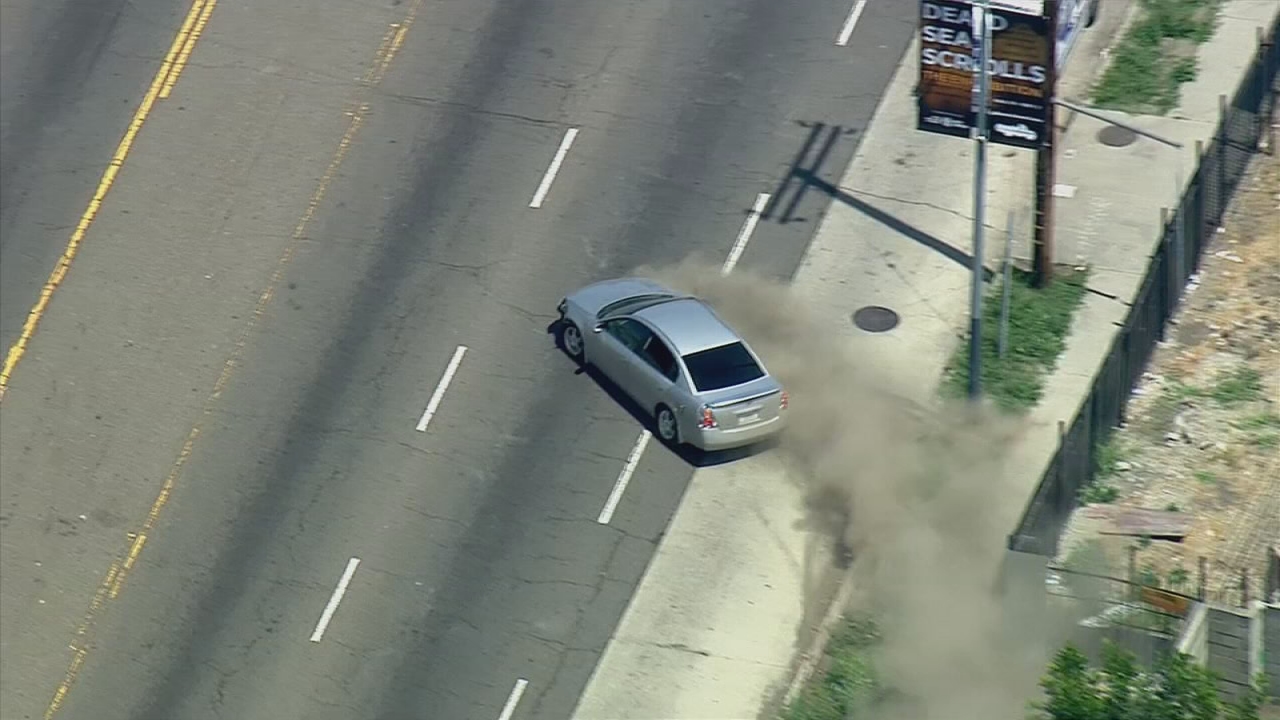 At one point, the suspect drove on the wrong side of the road and in circles through the Earvin Magic Johnson County Recreation Area in Willowbrook, forcing park-goers to sprint for cover.

"The car came through here. We all saw it and we basically jumped, and I went behind this tree because I don't know what the situation is," witness Anthony Tate said.

The suspect, who was wanted in an alleged carjacking investigation, eventually left the park and headed north. She lost control of the vehicle near Imperial Highway and Central Avenue and hit a curb at about 1:25 p.m.

The suspect got out of the disabled sedan with her hands on her head and was detained by sheriff's deputies.

Investigators say at least four other wrecks are related to this chase. She is facing numerous charges, including assault with a deadly weapon and felony evading. 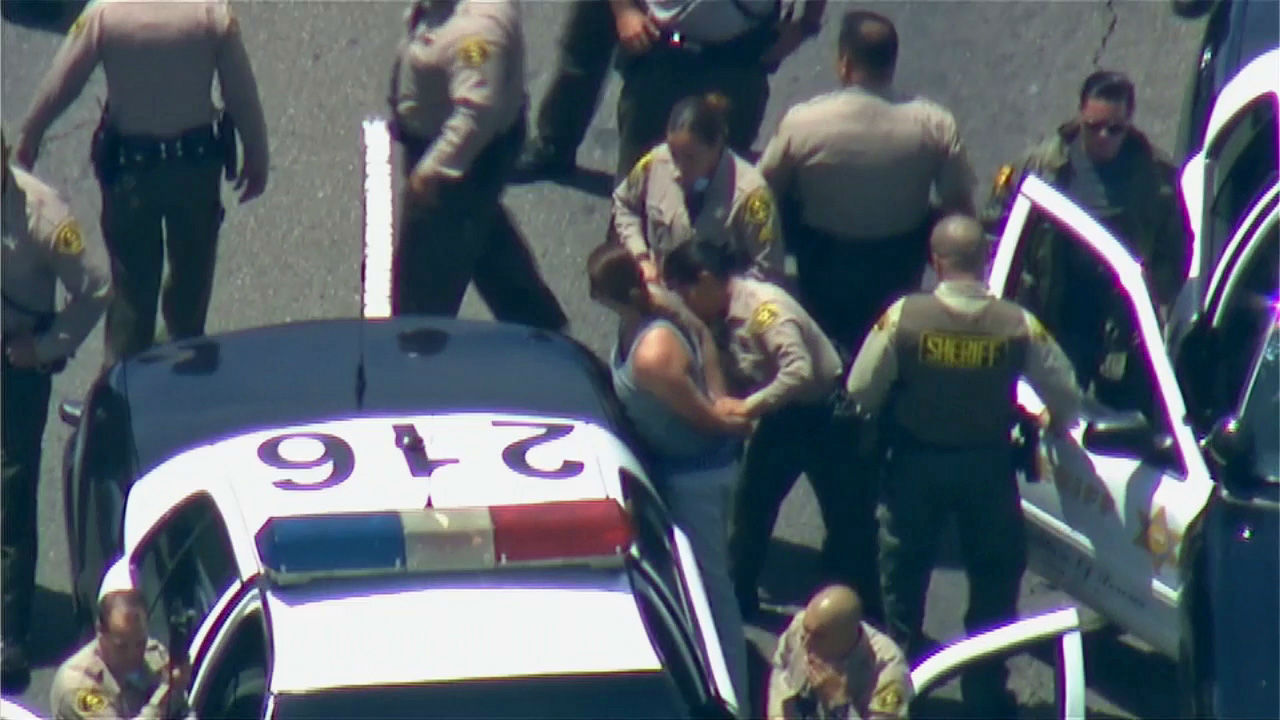