"A city in chaos," is how the CEO of apparel brand Cotopaxi described San Francisco, after having to close its location in Hayes Valley due to dozens of break-ins. Now he's waiting for a solution.

SAN FRANCISCO (KGO) -- After operating in the city for only a year, Cotopaxi - a high-end outdoor clothing company - has decided it's had enough of San Francisco.

The company's Hayes Valley store being the target of repeated break-ins.

"Within the first couple days of being open, we come in the morning and see that our entire front window is smashed in and they've looted our store," said CEO Davis Smith.

Smith spoke to ABC7 News' Tim Johns Wednesday night from Utah, where the company is headquartered.

He says over the past 12 months, his San Francisco store has lost money.

His complaints against what he calls "a city in chaos," described in a now viral post on LinkedIn.

Smith says he has family in the city and is familiar with many of the problems facing San Francisco.

But, despite experiencing crime on previous visits to the city, he says he was excited to open a local store and was shocked by what's unfolded.

"Did we expect to open up a store where the window gets smashed in the first few weeks, where there's just organized crime? We didn't expect that. I never would've imagined that that would be the case," said Smith.

MORE: EXCLUSIVE: East Bay family that moved out of CA after string of crimes targeted again

He says crime is one of the top issues local businesses worry about.

Smith says his company will support Bay Area groups that help provide support for those most in need.

But, he says, until something changes in San Francisco, he doesn't know if or when his store will open once again.

"The store is closed today, and we don't know how long it will be closed. It depends on how long it takes to create solutions for this problem," said Smith. 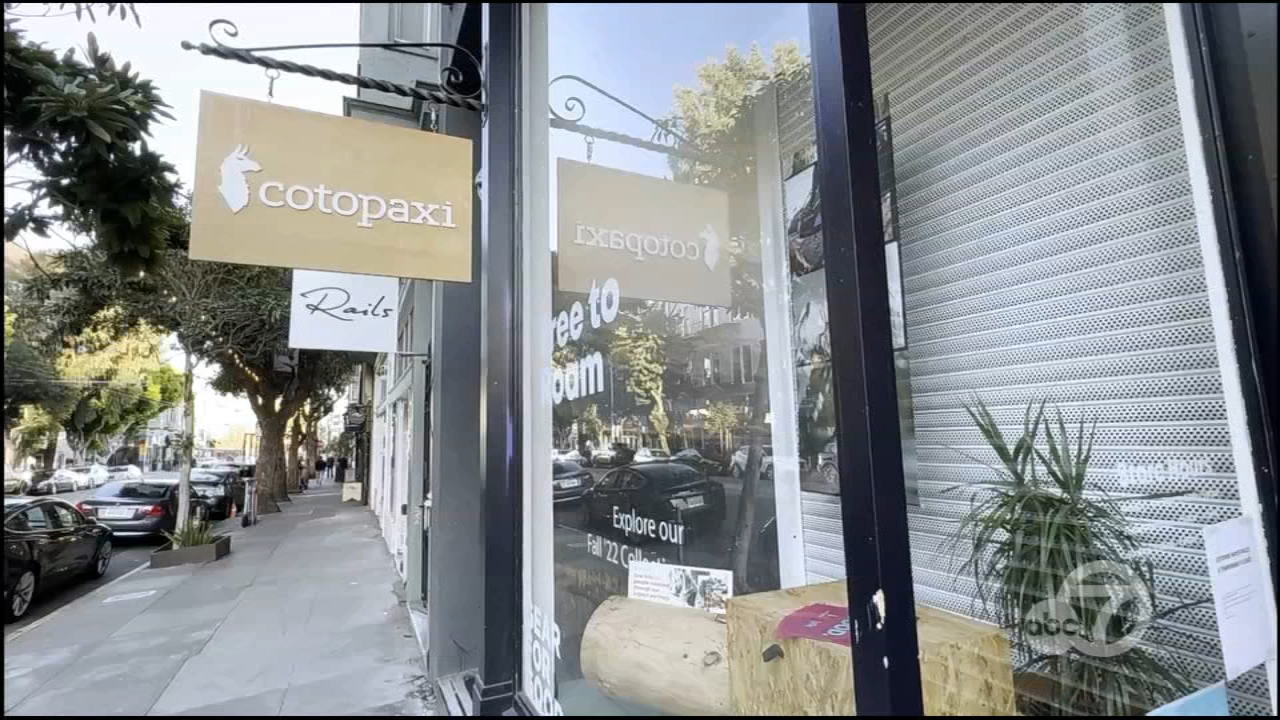