Man killed in front of daughter as he greeted her at door, police say 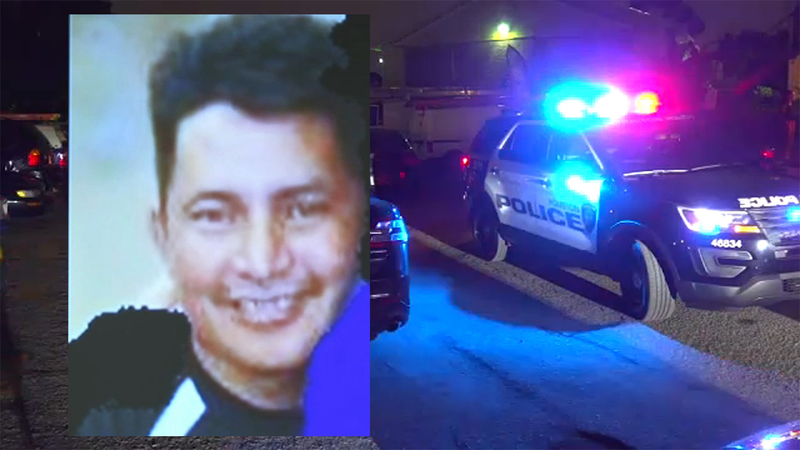 HOUSTON, Texas -- Police are searching for the person who ambushed and killed a 39-year-old man in his apartment in front of his daughter.

The murder happened on June 11 at an apartment complex off Braeburn Glen Boulevard in southwest Houston, near Bissonnet and S Gessner Road.

JUNE 11, 2019: Rigoberto Vargas, 39, was shot and killed in front of his family outside of his apt on Braeburn Glen Blvd in SW Hou. His killer hasn’t been caught. @CrimeStopHOU needs YOUR help. Live on #abc13 @ 11 w new surveillance video ⬇️⬇️⬇️ #abc13unsolved pic.twitter.com/856LA9OThm

Police say Rigoberto Vargas arrived home after a long day of work in construction, ready to play with his 7-year-old daughter.

The little girl greeted her father and as she opened the door, a man ambushed Vargas. The girl watched her father get shot three times in the back, police say.

They say Vargas died in front of his daughter, his common-law wife and brother. Another person in the apartment, who police did not want to identify, was also shot, but survived.

For four months, detectives have searched for Vargas' killer. Many leads have been exhausted and say they need the public's help.

Investigators released new video of the suspect Thursday, the day before the four-month anniversary of Vargas' murder. The video shows a man in a navy blue T-shirt running from Vargas' apartment.

Police say surveillance video from the washateria next door shows the suspect waiting in bushes for nearly an hour before Vargas arrived home.

Minutes before the murder, detectives say the man put on blue latex gloves.

Police don't have a motive and say Vargas wasn't robbed. His brother, Jose Sarmiento, says Vargas was a hardworking man who kept to himself and spent what little free time he had with his family.

"It really hurts," said Sarmiento in a news conference Thursday via a Spanish translator.

"His 7-year-old daughter opened the door and saw her father take his last breath," said Alex Vinogradov, a detective on the case. "Let's get justice for her."

Anyone with information is asked to call Crime Stoppers at 713-222-TIPS (8477) or submit a tip online at www.crime-stoppers.org.

Crime Stoppers may pay up to $5,000 for information leading to the charging or arrest of the suspect in this case. All tips remain anonymous.