Couple accused of scheming to launder $4.5B in crypto, marking 'largest ever' DOJ financial seizure

Ilya Lichtenstein and Heather Morgan allegedly conspired to launder bitcoin stolen during the 2016 hack of Bitfinex.
ABCNews
By Alexander Mallin 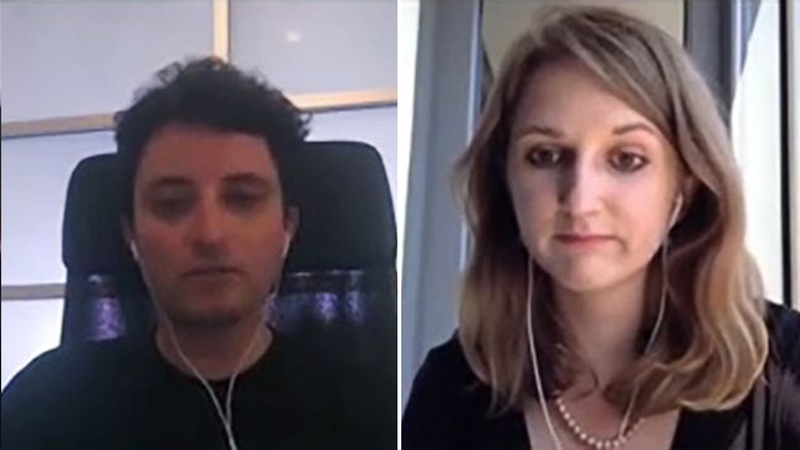 NEW YORK -- The Justice Department on Tuesday announced the arrests of a New York couple charged with conspiring to launder cryptocurrency presently valued at $4.5 billion -- stolen during the 2016 hack of Bitfinex -- marking the "largest ever" financial seizure by the department.

Ilya Lichtenstein, 34, and his wife Heather Morgan, 31, were arrested Tuesday morning in Manhattan and will make their initial appearances in court Tuesday afternoon, the DOJ said.

They are alleged to have conspired to launder the proceeds of 119,754 bitcoin stolen from Bitfinex's platform after its systems were breached in August 2016, and a hacker initiated more than 2000 unauthorized Bitcoin transactions.

The hacker, not identified in the criminal complaint, then allegedly sent the bitcoin proceeds to a digital wallet under Lichtenstein's control and for the last five years, prosecutors allege, he had laundered roughly 25,000 of the stolen bitcoins with some of the funds being directed to accounts under his and his wife's control.

Agents were able to seize the remaining 94,000 bitcoin in Lichtenstein and Morgan's possession after executing a court-authorized warrant on their accounts -- valued at more than $3.6 billion at the time of the seizure last week, officials said.

According to DOJ, the couple "employed numerous sophisticated laundering techniques," like setting up online accounts with fake identities, setting up programs that could make numerous auto-transactions in short periods of time, and depositing funds on darknet markets in order to cover up where the transactions began and where the money was sent.

The two are not charged in connection with the hack of Bitfinex itself, and DOJ officials said the investigation remains very much ongoing. As for the stolen funds, officials said they will work through the court system in the coming weeks in months to try and find if there are ways to return some of the money to victims targeted in the hack.