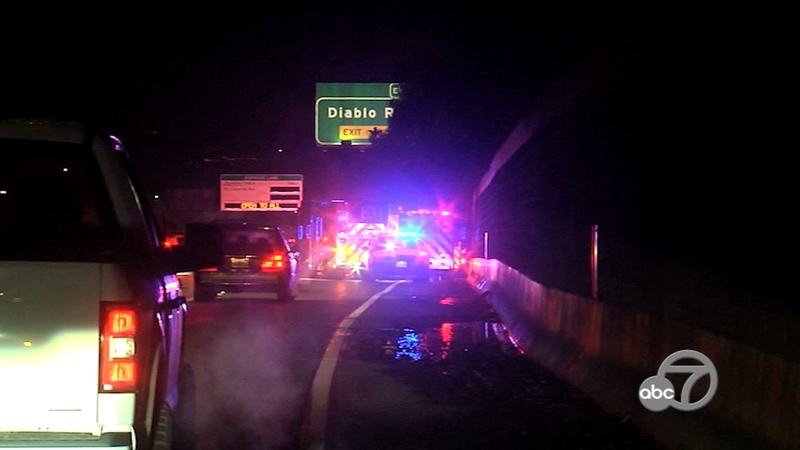 Man critically injured after being shot on I-680 in Danville

DANVILLE, Calif -- A person was in critical condition after someone shot him while he was driving on Interstate 680 in Danville on Thursday night, California Highway Patrol officials said.

Officers responded at 10 p.m. after someone reported the shooting on northbound I-680 near Crow Canyon Road.

Two people were in a black Nissan Rogue going north on I-680 when someone in another vehicle drove up alongside the Nissan and opened fire on it and its occupants, according to the CHP.

Multiple shots were fired, and the driver of the Nissan was struck by several bullets, CHP officials said. The passenger in the Nissan escaped injury.

The Nissan's driver was taken to a hospital with critical injuries. CHP officials did not say early Friday afternoon whether the victims were adults or children.

Northbound I-680 was closed for about three hours while officers investigated the shooting.