KGO
By Sandy A. Kenyon 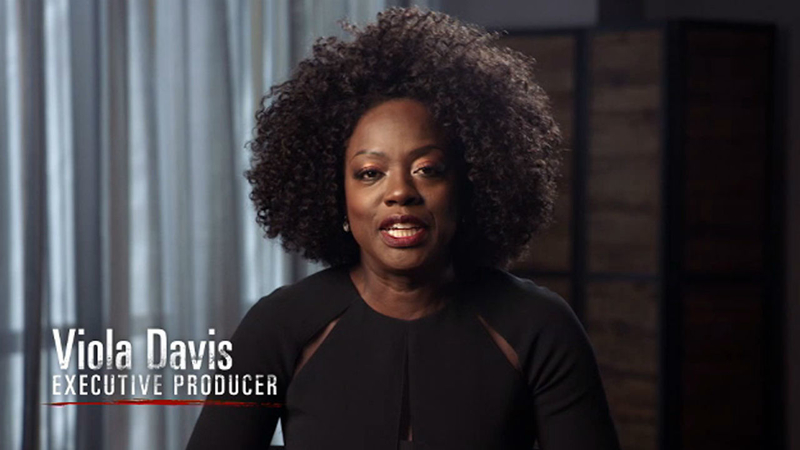 A new ABC show will offer a last defense to Darlie Routier and Julius Jones, two prisoners who have spent decades behind bars on death row.

The seven-episode summer series, produced by Viola Davis and her husband, Julius Tennon, who are the principals of JuVee Productions, begins Tuesday.

She taught her law students "How To Get Away With Murder," but as that TV series continues, Annalise Keating, played by Viola Davis, has also become a champion of those who can't find justice anywhere else.

The actress explains The Last Defense is in the same spirit.

"This new series will make people lean in further because How To Get Away With Murder is fiction. The Last Defense is non-fiction. It's real," she said.

Tennon explains their relationship this way: "Viola's really got that creative edge, and I'm kinda more of a leader. I'm kinda more of a do-it-all guy that does it all so we kinda stay out of each other's way, but we actually really love working together."

They've worked together in fiction on her show. Now they are side-by-side again with even higher stakes.

"It's like Barbara Jordan, the great U.S. Congresswoman, said, 'What Americans want is simple. They want an America as good as its promise,'" Davis explained.

The show aims to explore and expose flaws in the country's justice system by examining two death row cases.

Julius Jones was a 21-year-old college student found guilty of murder, but he maintains his innocence.

"It gives a face to those people we have dehumanized in the past," Davis said.

Her husband added, "It's really important to have the public take a look in and draw their own conclusions."