Disney+ to release 'The One and Only Ivan': Watch trailer here

The heartwarming film, which tells the story of friendship and adventure, will debut on the streaming service this August.
OTRC
By Andrea Lans 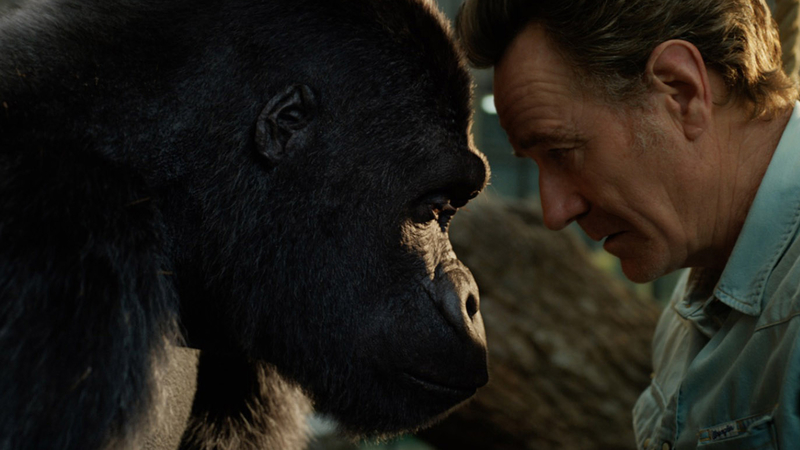 Disney+ debuts trailer for 'The One and Only Ivan'

If you're looking for another heartwarming family adventure to add to your watchlist this summer, look no further than "The One and Only Ivan." Disney+ debuted the trailer for the upcoming film on Wednesday.

Based on the award-winning children's book by Katherine Applegate, "The One and Only Ivan" tells the story of Ivan (Sam Rockwell), a silverback gorilla who works in a circus alongside ringmaster Mack (Bryan Cranston) inside of a suburban shopping mall.

The trailer depicts a sweet relationship between Ivan and Mack, as Cranston's character takes the gorilla under his wing and raises him as if he were his own child. Ivan grows into a 400-pound gorilla and is the main attraction at the circus show but soon begins to question his captivity and desires the freedom of the wild.

The film is a hybrid of live-action and CGI. While previously scheduled for a theatrical release by Walt Disney Studios, "The One and Only Ivan" will now debut exclusively on the streaming service as a result of the coronavirus pandemic.

"The world has changed in a heartbeat. People all over the globe have shared important, life changing experiences in ways we have not seen for a century," director and executive producer Thea Sharrock said in a statement. "In response to this, I am so happy that we can share Katherine Applegate's delightful and original story 'The One and Only Ivan' with the world this August on Disney+, bringing some joy through this unique movie of true friendship, inspired by a true story."

"The One and Only Ivan" begins streaming exclusively on Disney+ Friday, Aug. 14.