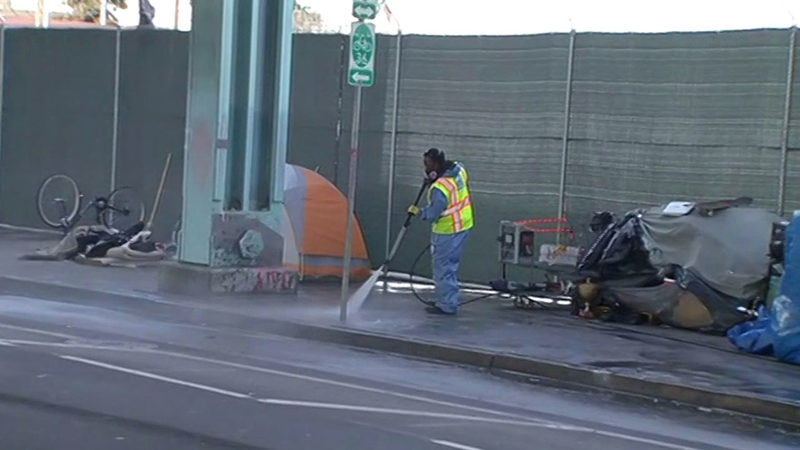 SAN FRANCISCO (KGO) -- Dozens of tents used by the homeless in San Francisco remain along Division Street despite a deadline for them to be removed. Public works crews were expected there Friday morning to begin a sweep.

Officials are cleaning the area and encouraging people to leave, but there wasn't a sweep Friday morning. The mayor's office says the sweep was a rumor, it created quite a stir at the scene and a lot of anxiousness. 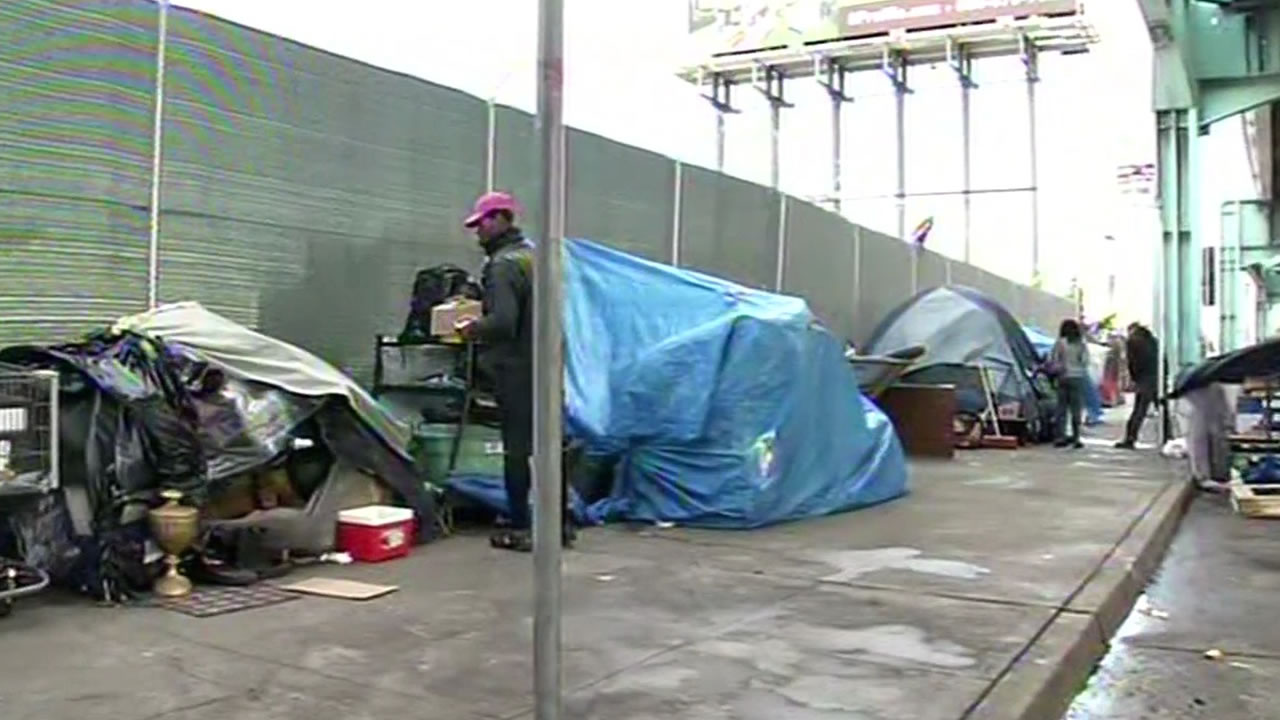 As of 11 a.m., the tents were still on Division Street. Some of the homeless had heard city officials would sweep through in the early morning hours and kick them out. TV cameras and homeless advocates showed up, city officials did not.

"They told me they were supposed to be here at 5:30 a.m. and the fact that they weren't that is because someone notified the press and they weren't feeling it and a lot of people came out to support," said Ana Held, homeless tent dweller.

An eviction notice posted Tuesday night gave people living in the tent camp 72 hours to clear out. The city says this area has become a health hazard and is encouraging people to go to a new shelter at Pier 80. Homeless advocates question if there is enough room and support for all these people, while some homeless just don't want to go.

"I don't expect anyone to understand, because they are my reasons, but I have my reasons that I am outside," said Held.

"People do want help, but there are limited resources and that's what we need to be honest about," said Kelley Cutler, Coalition on Homelessness Organizer.

Most of the homeless advocates left mid-morning when it looked like nothing was going to happen, but with the deadline looming they will keep watching.

"We're going to keep an eye on it. We will keep an extra eye on it, because the 72 hour notice was out of the norm that was unusual, so what are they going to do," said Cutler.