New applications for drones in the works at San Jose expo 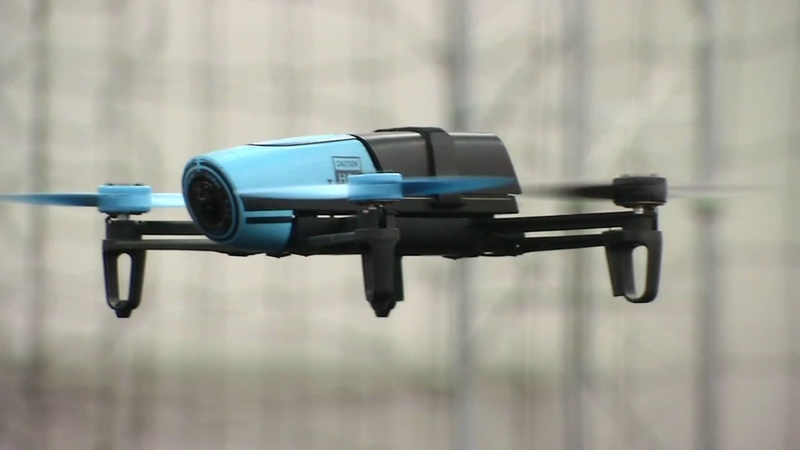 Serious applications for drones in the works at SJ convention

SAN JOSE, Calif. (KGO) -- Two years ago, they were the domain of tinkerers and hobbyists but now, drones are everywhere. While you may find one under your Christmas tree next month, ABC7 News found out there are far more serious applications in the works at a convention in San Jose Tuesday.

If you have to ask what all the buzz is about, you should probably look up. "There are estimates that there are going to be a million drones sold this holiday season," Eric Cheng said.

Cheng was building drones out of kits two years ago. Now, he's signing copies of his new book on drone photography.

"There are folks here who just want to get in the air and take a picture for fun. There are also folks who want to build their entire business around drones," he said.

Business is what the Drone World Expo is really about.

It goes far beyond the joy of flying. "Really, when you're thinking about drones, it's not about the aircraft. It's about the information that's collected," panel moderator Gretchen West said.

Like information about crime scenes. "If we can process a crime scene or a traffic accident scene in a number of minutes, as opposed to hours, and open up those roadways or those public right-of-ways, that's huge," Ventura County Sheriff's Office's Cmdr. Chris Dunn said.

With more of these in the sky every day, one big question has become how to keep them from hitting each other, especially with many being flown by beginner pilots and many others soon to be flying themselves.

They're working with companies like Airware, which builds systems for commercial drones.

"What happens when say, for example, Amazon is trying to deliver your package but your insurance company is also trying to look at your roof after a storm. And Verizon is also trying to inspect their local tower," Airware Director of Business Development Jesse Kallman said.

But many drones for amateurs will still be flown by hand. "Right now, it still takes quite a bit of skill to fly them well," Cheng said.