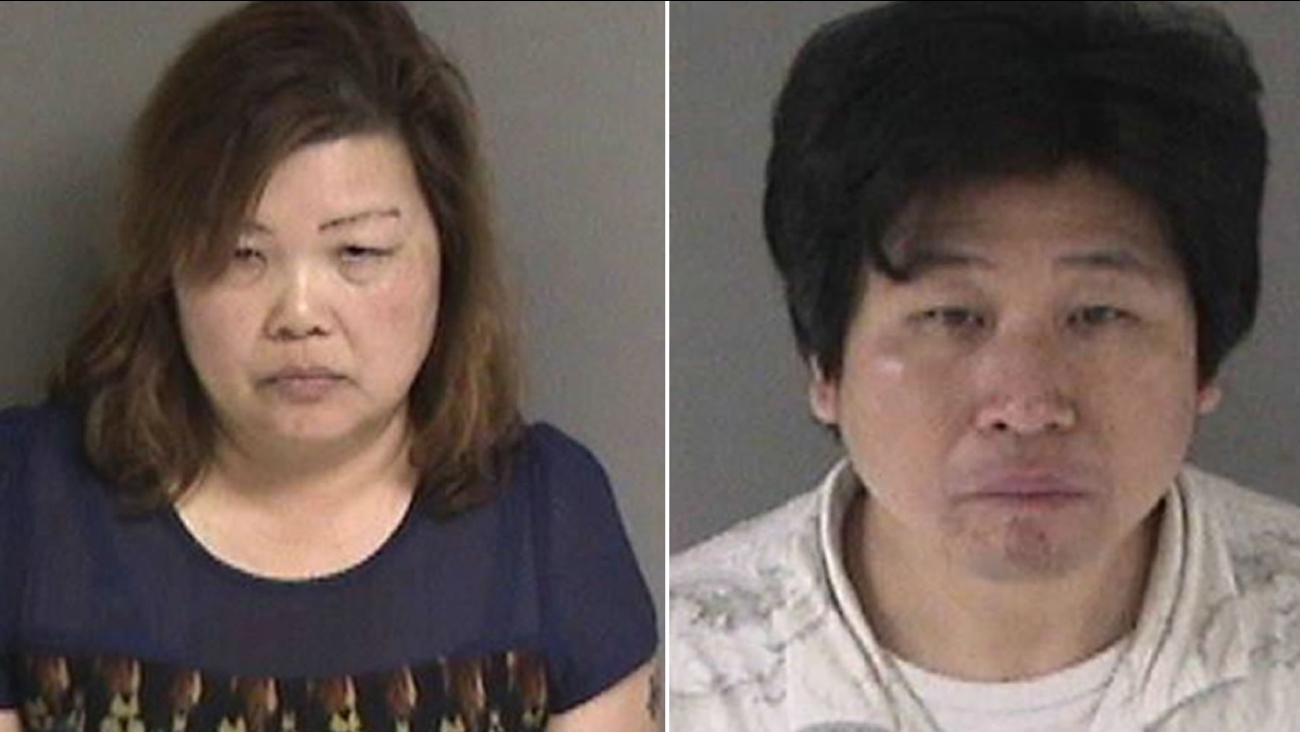 Dublin police released this image of 45-year-old Curtis Ng and 49-year-old Shelly Yu, who were arrested Friday, March 18, 2016 on charges of pimping and pandering. (KGO-TV)

Police allege that Ng and Yu were operating a brothel in Dublin and an investigation led to the discovering of additional locations in the Bay Area, according to police.

Officers also found five female victims of the pimping and pandering operation at various locations. The five were taken to a Bay Area Women Against Rape Center where they will get help, police said.

The Alameda County Sheriff's Office, FBI and other agencies assisted Dublin police in the investigation.