Tiffany Williams grew up in the Bayview District and she's certain of one thing about her neighborhood, it's going to kill her.
KGO
By Juan Carlos Guerrero 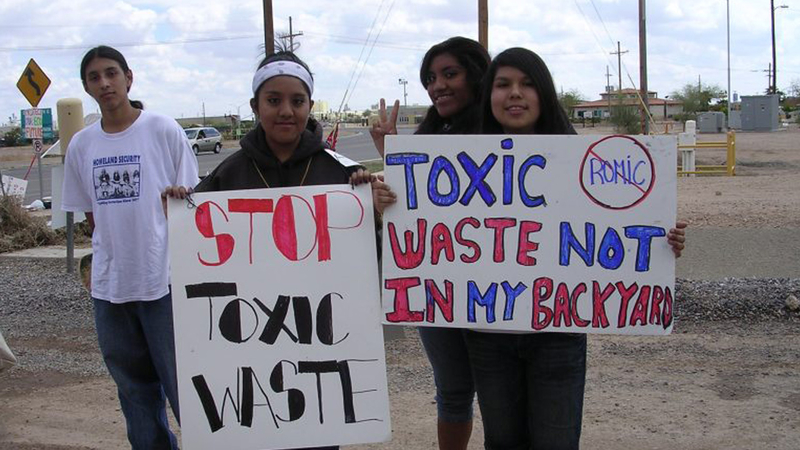 How Greenaction is fighting racism while trying to save the planet

SAN FRANCISCO (KGO) -- Tiffany Williams grew up in San Francisco's Bayview District and she's certain of one thing about her neighborhood.

Williams suspects living next to the Hunters Point Naval Shipyard is to blame.

The Navy used the site to build ships during World War II. It was also the site of a radiological lab.

RELATED: Get Inspired to Protect Our Planet this Earth Month with Movies and TV Shows from Disney

"Radiation from years of testing was dumped and neglected there and just abandoned," said Bradley Angel, executive director of Greenaction for Health and Environmental Justice.

Angel has spent his life helping communities like those around the shipyard.

He first became interested in environmental justice in high school when his mother and several other women in his hometown became sick with cancer at a young age.

While at Greenpeace, he began working with communities affected by pollution, then in 1997, he founded Greenaction, a community-led organization that focuses on the effects of pollution, injustice and racism on vulnerable communities.

ABC7 is putting the spotlight on climate heroes in our community, like Lafayette's Wei-Tai Kwok.

"Many government agencies say they support environmental justice, but they continue to pollute communities. So Greenaction is on the front lines with our community members fighting those fights," said Angel.

Angel is helping educate residents around the Bayview about the dangers of living next to the shipyard.

Through Greenaction's insistence, Hunter's Point has started to be cleaned up. But Angel worries that hazardous waste that is being buried next to the shoreline could be disturbed and leech out into the community by rising sea levels.

The pain of the environmental contamination in the area runs deep with Leotis Martin, who founded Bayview-Hunters Point Mothers and Fathers Community.

In its 25 years of existence, Greenaction has mobilized communities in various states.

In East Palo Alto it successfully pushed to close a hazardous waste facility.

In Chandler, Arizona, it was able to shut down a medical waste incinerator and hazardous waste plant operating in the Gila River Indian Reservation.

And in Utah, Greenaction worked with Goshute tribal members to defeat a proposal to store nuclear waste in tribal land.

"How is it that both licensed hazardous waste landfills in California are in Spanish-speaking farmworker communities. Just north of San Francisco there are refineries and chemical plants with a longtime African-American community right up against the fence line. On Earth Day, we really have to bring attention to the communities where people are living and dying," explained Angel.