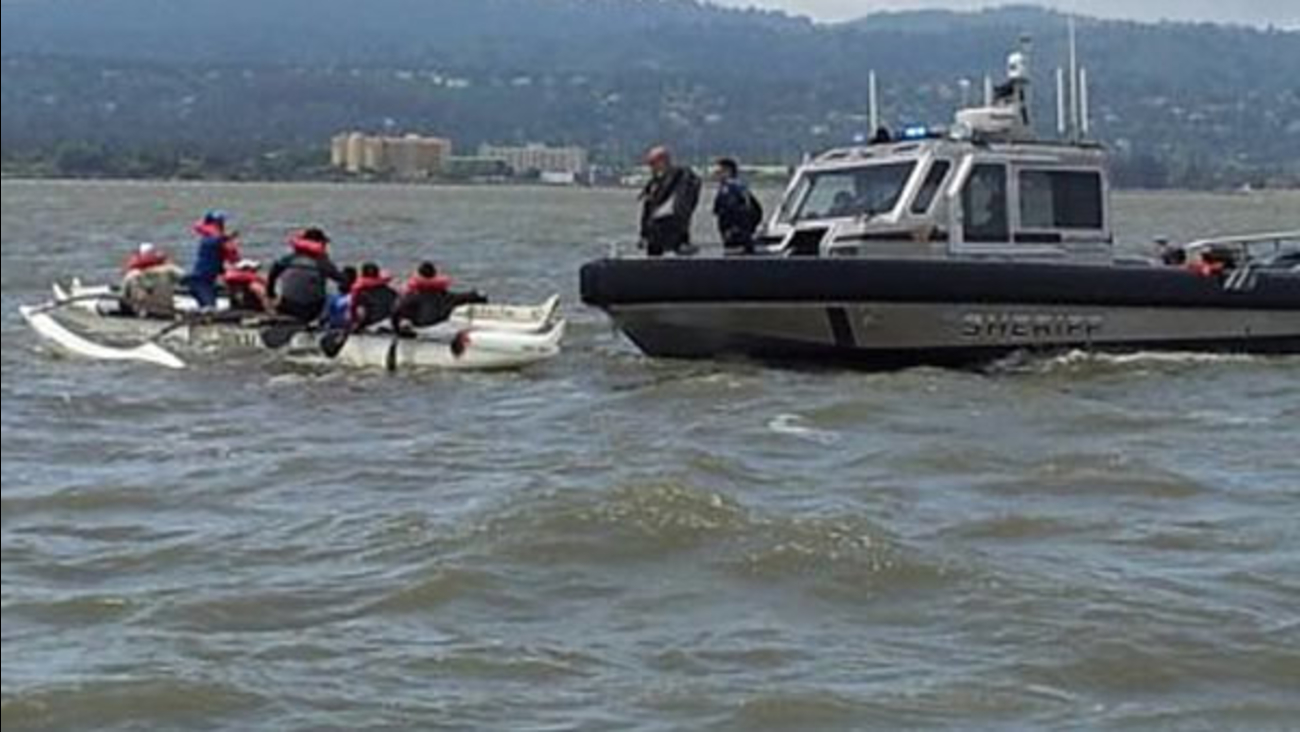 Shortly after noon, the San Mateo County Sheriff's Office Marine Unit was on a routine patrol in the waters north of Coyote Point Yacht Harbor when the harbormaster alerted them to a nearby ship in distress.

Three sheriff's vessels redirected to the area and located eight people with a sinking outrigger canoe about a mile from shore, deputies said.

Upon arrival, deputies learned that the stabilizing pontoon had broken free from the outrigger.

When deputies arrived, those who had been in the canoe were in the water, hanging onto another outrigger canoe as well as their sinking boat in an effort to stop their disabled boat from capsizing.

The rescued boaters were offloaded onto shore where paramedics were waiting to evaluate and treat them for injuries.

According to deputies, the boaters were treated for minor injuries at the scene and nobody was transported to the hospital, deputies said.