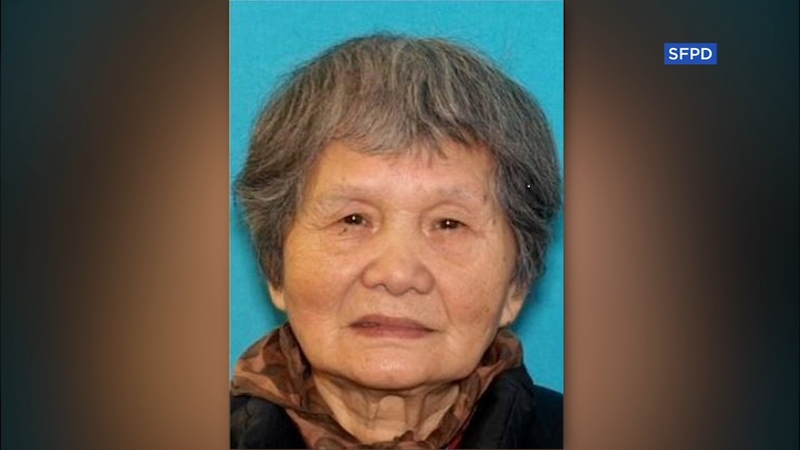 SAN FRANCISCO (KGO) -- A body found near Pedro Point in Pacifica has been identified by the coroner as 84-year-old Jean Fung who was reported missing in late May after leaving her San Francisco home for a walk.

I’ve been inquiring along with my team since and today is is confirmed. Thank you all for tirelessly searching and for your care. #RIP pic.twitter.com/Bvl6QwE4Bh

At the time of her disappearance, the woman was considered at-risk because of her age and possible medical conditions.

She was last seen leaving a Safeway in the Marina District, wearing a red or pink puffy jacket, purple sweater, brown pants, black "UGG" boots and a red beanie with an "LG" logo.

Her body was found on the morning of June 10 at the west end of Pedro Point, though identified recently though DNA, according to authorities.