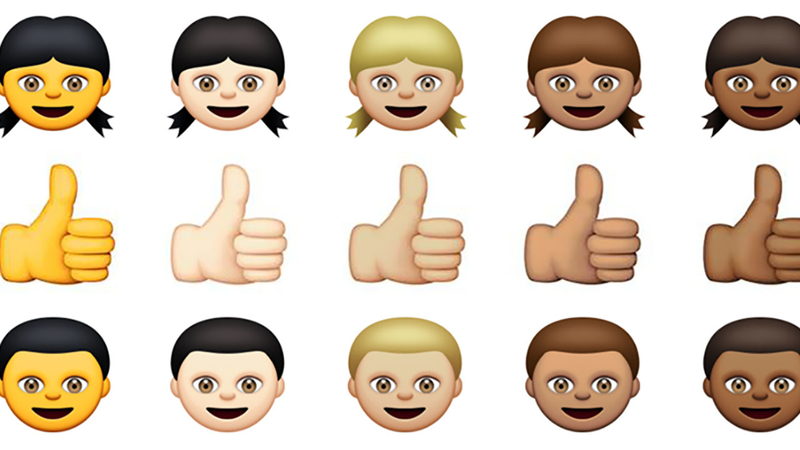 SAN JOSE, Calif. (KGO) -- Apple is facing some harsh criticism as it gets ready to roll out a new emoji update that is meant to add diversity, but not everyone sees it that way.

Issues are popping up with the racially diverse icons, especially the yellow one.

Many users are thinking the same thing.

Consumer tech expert, Ben Bajarin insists there is no malintent and that emojis are originally yellow.

"They're misunderstanding what it is," Bajaran said. "Which is that it's the default neutral color, it always has been."

Sierra Slagle tweeted, "The yellow tones emojis are supposed to represent the yellow default color, not Asians. Yeah, okay keep telling yourself that."

Apple: "The yellow tones emojis are supposed to represent the default emoji color not Asians." Yeah okay keep telling yourself that.

"I don't think it really matters," San Jose resident Andrei Caldeo said. "When I click on an emoji, it's just an emoji."

"I can see it as a tan person from New Jersey," Shaneal Singh said, "but I don't see that one as 'Oh, that's an Asian person.'"