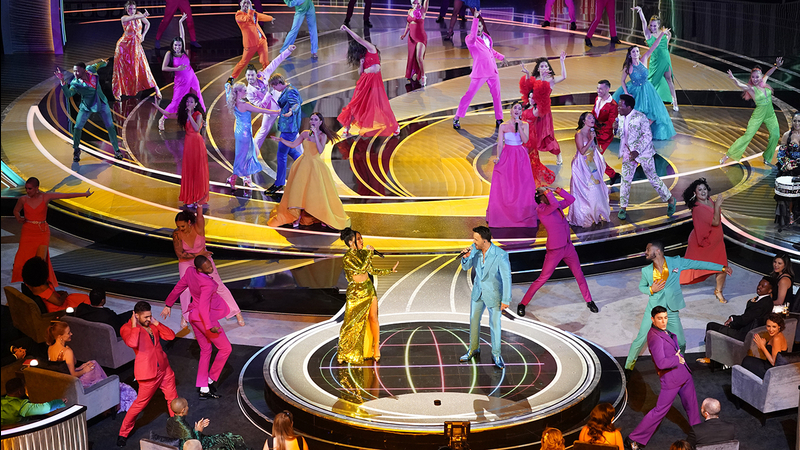 SAN FRANCISCO (KGO) -- Even though "we don't talk about Bruno" we can definitely talk about Latinos at the Oscars.

"It represents a lot for my country Colombia. For Spanish-speaking people around the world," said Sebastian Yatra.

"It's so nice to see people speaking our same language at the Oscars," said Diana Olivares, Calle 24 Cultural Center, and added, "Many people don't know of the talents and the culture that we have and the traditions and the parties and the dances and the awesome dresses. So seeing it in the biggest screen, it was amazing."

In the Bay Area, Diana Olivares with Calle 24 Cultural Center says Disney's Encanto winning best-animated film of the year at the Oscars was a win not only for Colombians but for Latinos across the country.

The win of Ariana DeBose for best Supporting Actress in West Side Story highlighted Puerto Rico. Eugenio Derbez gave Life to Mr. B in the Movie CODA which won Best Film of the year.
"They had important roles in the Oscars. I'm feeling very proud about it. It's not just about Latinos but the representation of the skin color, our tradition," said Olivares.

As a proud Colombian I grew up making arepas, a traditional dish that was featured on Encanto and also one of the main dishes attracting many to the local restaurant Chao Pescao!.

"I was really lacking the food I grew up on. I really couldn't find much of anything that brought back that nostalgia from my grandparent's food. I used my grandmother's recipes," said Rene Denis, Owner of Chao Pescao Restaurant.

Irma, one of the cooks at Chao Pescao said love and fresh ingredients are the keys to a "great arepa."

"I don't think we are going to stop talking about it for a long time," said Olivares.