According to the district attorney's office, the 49-year-old ex-NFL star allegedly assaulted the woman after interviewing her for a babysitting job at his Morgan Hill home.

The victim reported the incident to Morgan Hill Police, and during the nine-month trial, two other women testified they were also assaulted by Stubblefield.

Deputy District Attorney McInerny said the victim "testified with bravery, poise, and grace and allowed the jury to get a true picture of the man."

In July, a jury found Stubblefield guilty of rape by force, oral copulation by force, and false imprisonment.

"No meant nothing to this defendant. Based on his status, I think he was never held accountable for prior criminal behavior. Today, he was properly held accountable," Prosecutor Tim McInerny said.

Dana Stubblefield started his NFL career with the 49ers in 1993 as a defense tackle.

He was formerly the varsity defensive line coach at Valley Christian High School in San Jose, California before stepping down after accusations of lying about steroid use to federal investigators in the BALCO case in 2008.
Report a correction or typo
Related topics:
santa clararapesan francisco 49erssanta clara countydana stubblefieldsportsprison
Copyright © 2020 KGO-TV. All Rights Reserved.
DANA STUBBLEFIELD 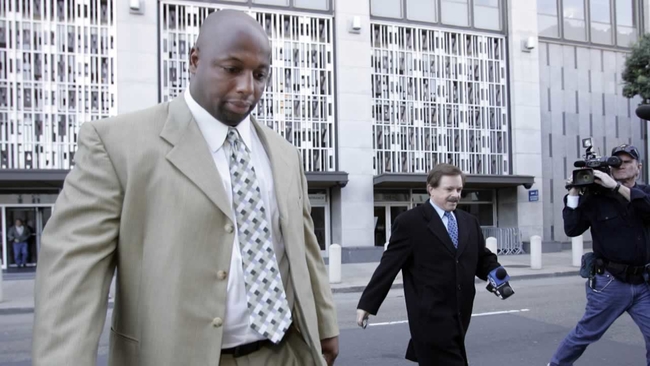