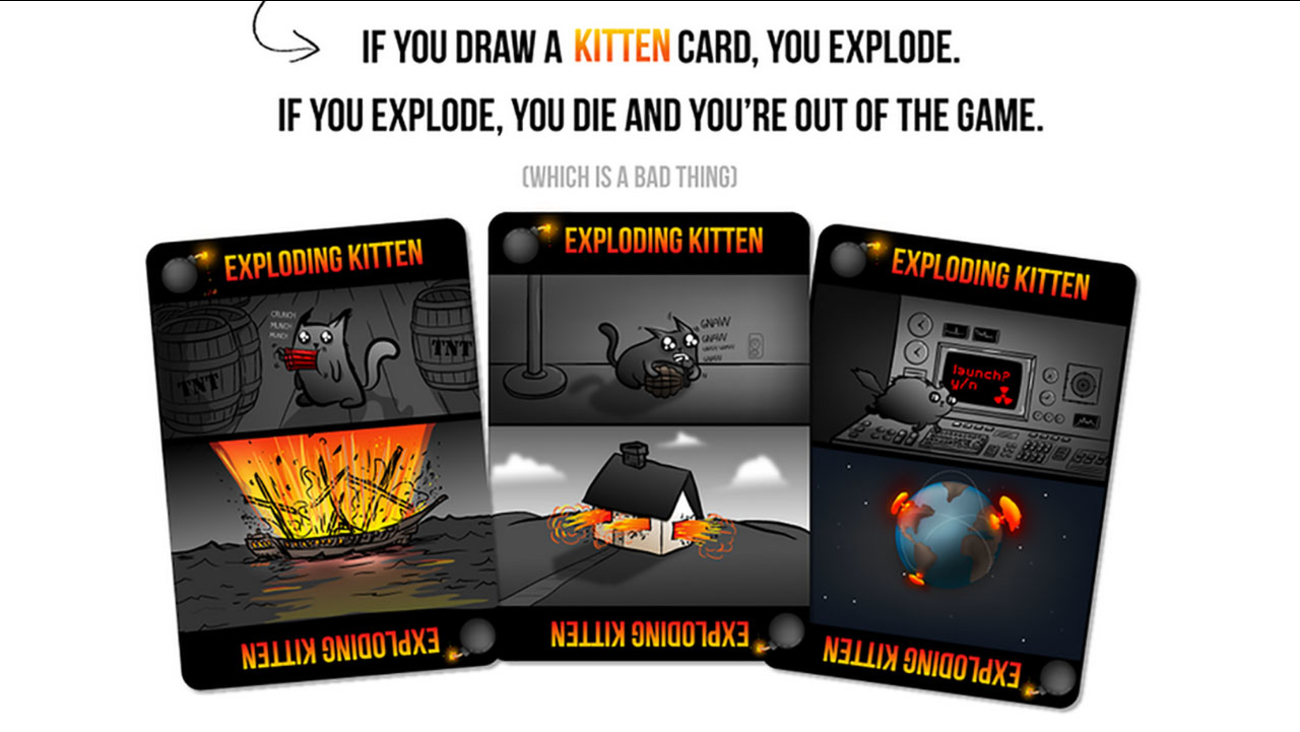 Magical enchiladas. Weaponized back hair. All-seeing goat wizards. While these may seem like the things dreams (or nightmares) are made of, they are also just a few of the cards you will find in what has apparently become the Internet's most highly anticipated new card game.

The creators of "Exploding Kittens" describe their nonsensical game as a "highly strategic kitty-powered version of Russian Roulette" in which players draw cards while trying to avoid the game-ending exploding kittens. Cards feature illustrations of a the above mentioned items as well as other fantastical creatures like a bear-o-dactyl, a pig-o-corn and a tacocat (which proudly announces its being a palindrome). 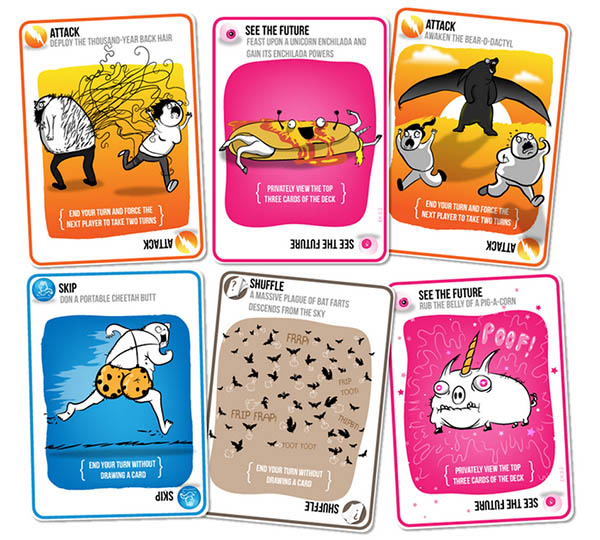 However odd the game may sound, it's already become successful beyond what its creators could have ever imagined. Posted to Kickstarter on Tuesday, the game achieved its initial fundraising goal of $10,000 in just 20 minutes. Over $1 million was raised in less than seven hours, making it the fifth fastest campaign to do so in Kickstarter history. A little more than 24 hours after launching, the backers have pledged more than $2.3 million, making it the 25th highest grossing Kickstarter campaign of all time. And it still has 29 days to go.

Donors who pledged at least $20 to the campaign will receive an Exploding Kittens deck once the game goes into production. Those who contributed can receive a NSFW version of the game, decks signed by the creators or versions that custom cards.

The illustrations for the game come from Matthew Inman, whose offbeat "The Oatmeal" comics have a broad online fan base.