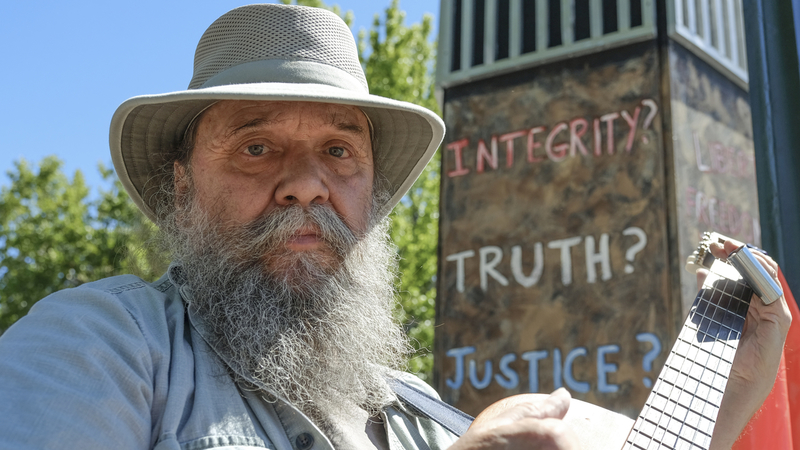 FAIRFAX, Calif. (KGO) -- Hang around Fairfax in Marin County and you'll catch the vibe of a place where, if you listen closely, the 1960's big bang still echoes -- a last bastion of permissiveness. Or not.

"It is a slipping bastion, I would say," said blues player Otis Scarecrow, as he played guitar along Broadway.

Blame the influx of new money, he says, manifesting now through California's Proposition 64 which legalized cannabis. For some in this community, where 77 percent voted in favor, the move to selling recreational cannabis has not happened fast enough.

"Philosophically I am saying follow the will of the voters, city council. I don't know how you ignore a number that big," said former mayor Lew Tremaine.

Yesterday, he presented a petition with 575 signatures to the Fairfax Town Council. It asks for a ballot measure allowing the growth, manufacture, and recreational sales of cannabis within Fairfax town limits. It would also benefit the first licensed medical dispensary in the nation.

"Well the ordinance adopts Proposition 64 in Fairfax. We want the same thing as everyone else has," said Lynnette Shaw, who owns the Marin Alliance Dispensary, which also happens to be the first licensed medical dispensary in the nation.

Contrary to expectations, Proposition 64 has come close to ruining her business because it drove many customers to recreational sellers.

Her business may go under. "Due to growth regulations, I have one pound in stock. A few months ago, we had at least ten, and many more varieties."

The Fairfax Town Council is in no hurry. It has been looking at how to implement Proposition 64 for more than a year. They do not welcome this petition.

"What this does is usurp our planning process. It's business plan by ballot box," said Mayor Peter Lacques. "Their petition would limit Fairfax to one dispensary, creating a monopoly. This is a residential area. There are families, here. If you wouldn't put a distillery in a neighborhood, why a growing operation?"

And so it goes even in this last bastion of permissiveness where cannabis never seemed so complicated, until it became legal.