Where did they shoot that? San Francisco's famous movie scenes mapped out 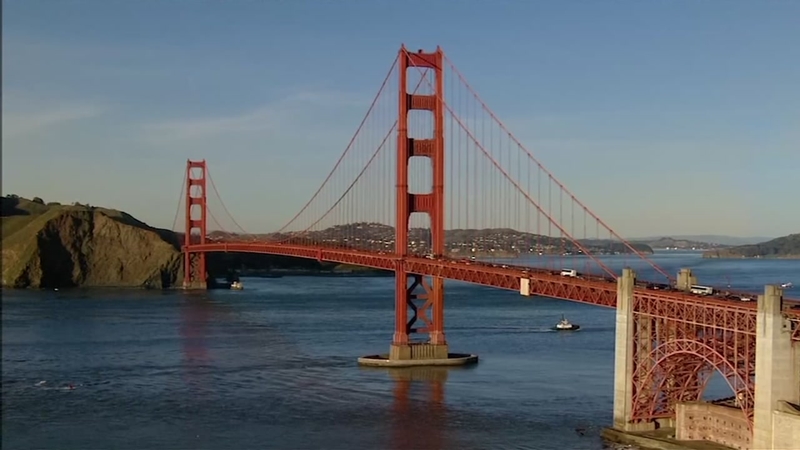 Where'd they film that? A guide to SF movie locations

SAN FRANCISCO (KGO) -- We've been digging through film records to see where some iconic and not so famous films were shot. Who made the most? Who starred in the most? What is the most famous location? We crunched data from the San Francisco Film Commission to find answers and also mapped it out to show you exactly where movies and TV shows were shot in the City by the Bay.

San Francisco has been a draw for filmmakers almost as long as there have been movies. It was not long after that people were asking, "Where exactly did they shoot that scene?"

He went on to say, "There's still a building, which used to be the dentist's building, on the corner of Hayes and Laguna, and so that's where it began."

Kovacs is also an expert on San Francisco film history.

"A lot of films were made here the '30s, '40s," he said. "And then there was a local film scene here, experimental films in the 1940s, and then in the 1960s Francis Ford Coppola moved up here and George Lucas did."

Kovacs says that while San Francisco's film history may have started on a corner in the Hayes Valley neighborhood, it has since spread out.

VIDEO: Marvel's 'Shang-Chi and the Legend of the Ten Rings' movie reportedly filming in SF

We mapped out data from the San Francisco Film Commission to show you exactly where many films and TV shows were shot.

You do not have to look far to see why the city has become such a magnet for filmmakers.

"I think that San Francisco is so popular because, I mean, look at the beauty, we have all of these amazing vistas. We have water on three sides of the city. We have incredible hills. We have the fog, that I think that most directors think is a magical cinematic place to shoot," said Susannah Greason Robbins, executive director of the San Francisco Film Commission.

In fact, it was those hills that many film lovers credit with setting the standard for movie car chases. Who could ever forget Steve McQueen racing through the streets of San Francisco in 1968's "Bullitt." The scene is just one of many memorable movie moments filmed in SF.

An analysis of data from the San Francisco Film Commission by ABC7 shows four directors each made four films in the City By the Bay, creating iconic scenes over the years.

The Golden Gate Bridge was used by Alfred Hitchcock in "Vertigo" and Chris Columbus in "Nine Months." Garry Marshall used Pacific Heights in "The Princess Diaries" while Philip Kaufman scared people away from City Hall in "Invasion of the Body Snatchers."

What are the most frequently used locations in films and television shows?

The top two most frequently filmed locations might not surprise you. City Hall has been used in 32 films. The Golden Gate Bridge in 28. The third most popular location is The Fairmont on Nob Hill.

"I was surprised that the Fairmont was so high on the list, even though it is an amazing building and it has been shot in so many features and television shows," Robbins said. "But we seem to permit so many shoots on Lombard Street and the Financial District."

Which actors have made the most films in San Francisco? Sean Connery, Michael Douglas and Meg Ryan have all appeared in four. Sean Penn starred in five. Both Robin Williams and Clint Eastwood top the list with six films shot in San Francisco.

"Clint Eastwood insisted he would take the part of "Dirty Harry" if the film was shot in San Francisco," said Kovaks.

While "Dirty Harry" may make you look differently at the South of Market neighborhood, nearly everywhere you go in San Francisco, you may be surprised to know there is probably a little bit of Hollywood not far away.

VIDEO: Here's a look back at his time filming 'The Rock' in San Francisco
EMBED More News Videos

The acclaimed actor Sean Connery passed away Saturday at the age of 90. ABC7 takes a look back at his time on-set filming Alcatraz thriller 'The Rock' in San Francisco.