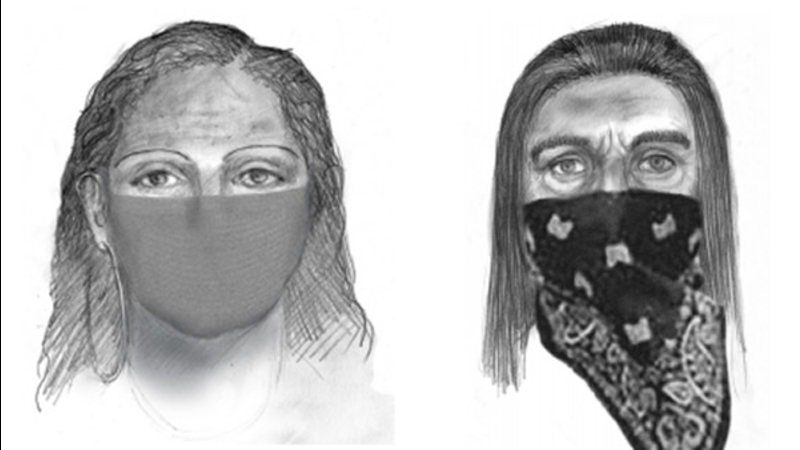 Listen to the 911 call made by Sherri's husband, Keith Papini, who discovered Sherri missing from their home.

She vanished last November while jogging near her home, and was found three weeks later.

Papini's husband said his 34-year-old wife was covered with bruises and burns and was chained at the waist and wrists when she was found along Interstate 5 near Sacramento on Thanksgiving.

Papini said she was held captive by two women for 22 days. Officials said the abductors branded her with a message before she was released. last year, her husband told "Good Morning America" that the suspects may have been trying to humiliate Papini by cutting off her long blonde hair and branding her. Bosenko declined to elaborate on the branding, saying only that it was a message, not a symbol.

The sketches released by FBI officials show two women. Officials said the first is described as being 5'5" tall, with a medium build, 20 to 30 years old, coarse, curly dark hair, thin eyebrows and pierced ears. The second woman has straight black hair with some gray in it, thick eye brows, between 40 and 50 years old, and 5'7" tall.

The FBI is offering a $10,000 reward for information leading to their identification.