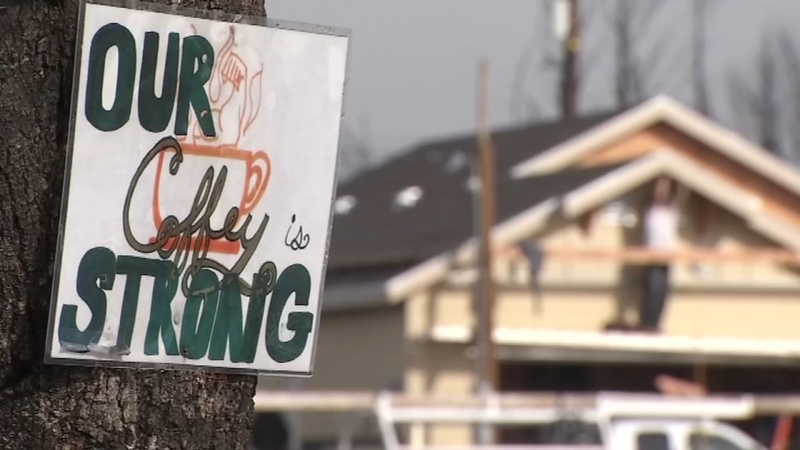 Santa Rosa's Coffey Park was ground zero for the Tubbs wildfire in 2017. 3,000 homes were lost across the city but than 1,000 of them were in this neighborhood. The catastrophic loss is still hard to fathom today.

Coffey Park in Santa Rosa has been ground zero for recovery from the North Bay Fires. DRONEVIEW7 shows us a neighborhood on the mend.

"You suffered so much but came together so beautifully and listened to each other on how to build back better," Pelosi said.

Pelosi was speaking to fire survivors at the news conference, touting the passage of the the Infrastructure Investment and Jobs Act providing $1.2 trillion in funding for jobs, highway improvements, including wildfire prevention in California and the West.

"The truth is we can improve our infrastructure, we can improve vegetation management and preparedness which can help us prevent catastrophic damage from 2017," said North Bay Congressman Jared Huffman.

"We are a fire family, one of the things we're working towards now is we don't want any new members we don't want more survivors to join us," said Frazee.

"For the city specifically, we're looking at building three fire stations and building a fire station in underserved communities like Roseland, we've got funding for that," said Santa Rosa Fire Chief Scott Westrope.