Crews continue to fight to keep Ferguson Fire away from Yosemite, populated areas 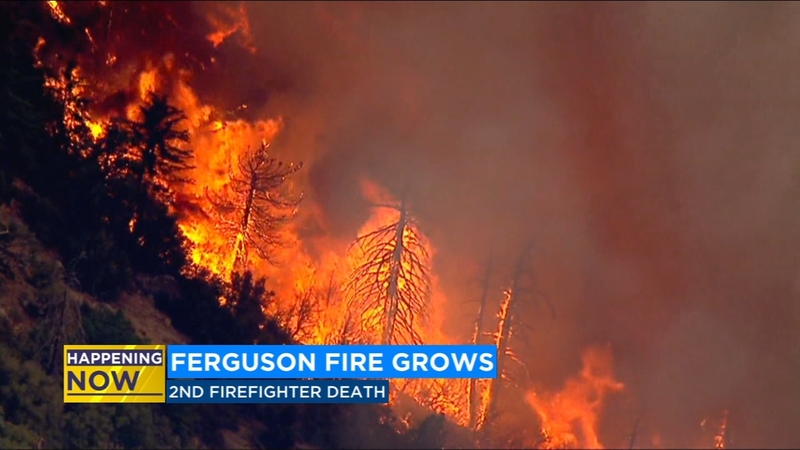 MARIPOSA COUNTY, Calif. -- The Ferguson Fire continues to grow -- consuming more than 800 acres on Sunday. As of Monday morning, it is 56,659 acres and is 30 percent contained.

Residents can expect to see increased smoke during the next few days as these fire operations continue.

Brian Hughes, 33, lost his life when he and his crew were conducting a tactical firing operation on the east side of the fire. During that operation, he was struck by a tree. He was treated on scene, but died before he could make it to the hospital.
This comes just 16 days after Cal Fire Heavy Equipment Operator Braden Varney was killed on the job.