ANTIOCH, Calif. -- The hills of Contra Loma Regional Park in Antioch were left blackened by a rapidly spreading wildfire Wednesday night, but the park is open for business Thursday with only a few trails closed, an East Bay Regional Park District spokeswoman said.

The fire encroached on area homes as it grew to an estimated 533 acres. Contra Loma Regional Park, the Black Diamond Mines Regional Preserve and as many as 100 nearby homes were evacuated, but firefighters kept the flames at bay and no structures were damaged, park district spokeswoman Carolyn Jones said today.

The fire was reported at 4:04 p.m. Wednesday and spread quickly, fueled by gusty winds from different directions. Firefighters posted next to homes to protect them from the rapidly moving blaze, according to the Contra Costa County Fire Protection District.

County firefighters, along with park district and Cal Fire firefighters, aggressively worked to contain the fire, dropping retardant on its edges by air to slow its spread.

The firefighters got a better handle on it as night fell, temperatures dropped and winds died down.

This morning they were checking the area for hot spots, putting out any stubborn embers and making sure flames didn't flare up again or spread to another location. Firefighters expect to be in the area for the rest of the day, Contra Costa County Fire Inspector Lisa Martinez said.

But the area homes were spared any damage and the evacuation orders have been lifted, Martinez said.

Contra Loma Regional Park reopened this morning with only the Old Homestead Loop and Lake View trails closed to visitors, Jones said. The fire primarily burned along the mountain range south and west of the park's swim lagoon.

Equipment had to be moved from a park district police substation there, but the flames never reached it. No structures were damaged at the park and the swimming lagoon and picnic areas were undamaged, Jones said.

No one was injured in the fire. Investigators are still trying to determine how it started. 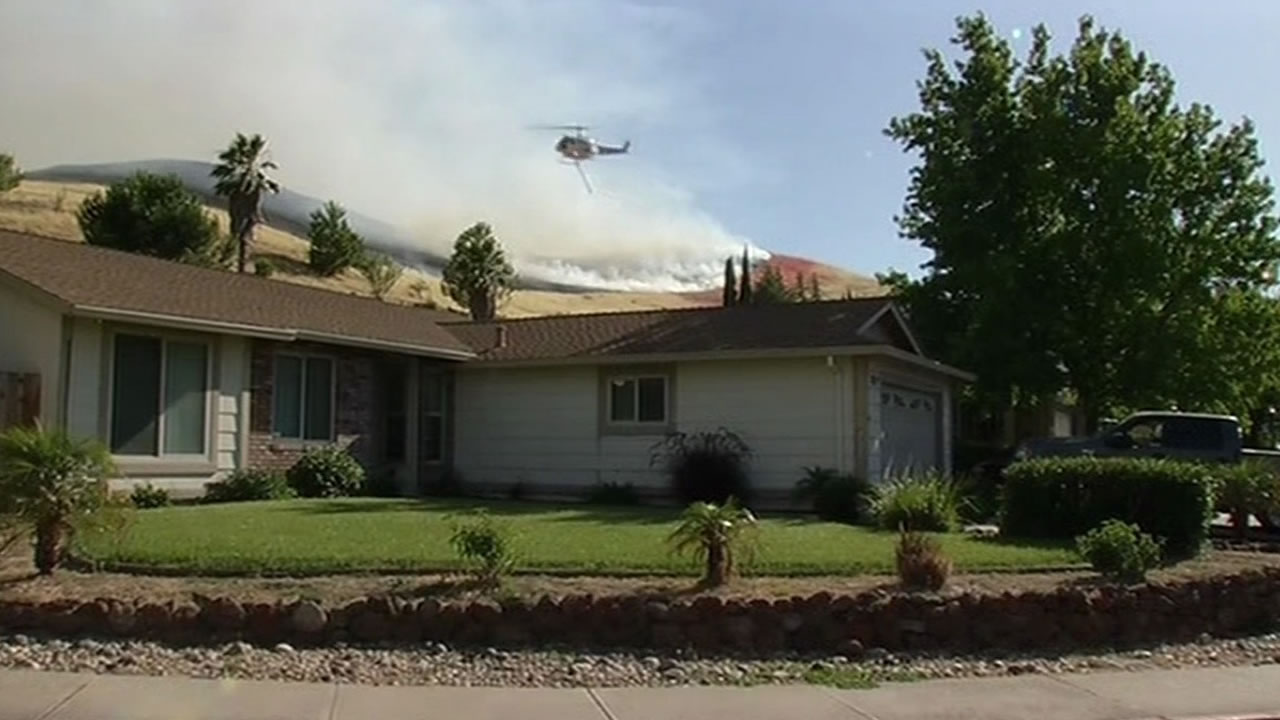