This comes as a concern for many residents who live in high fire risk areas, such as the Oakland Hills.

ByStephanie Sierra and Lindsey Feingold via

Thousands of fire hydrants across the East Bay aren't regularly inspected every year -- including in neighborhoods with the highest fire risk.

OAKLAND, Calif. (KGO) -- Thousands of fire hydrants across the East Bay aren't regularly inspected every year -- including in neighborhoods with the highest fire risk.

The East Bay Municipal Utility District (EBMUD) told the I-Team it's responsible for maintaining more than 31,000 public fire hydrants across Alameda and Contra Costa counties. However, only 2.5% are regularly inspected. That's 800 hydrants per year.

"I don't think they took the issue seriously, perhaps they didn't take me seriously, but the issue itself is a serious one," Nick Vigilante, a former Oakland resident.

It's one of many reasons Vigilante moved out of California after 22 years. In September 2020, he asked East Bay Mud if hydrants are routinely inspected. The agency told him, "We do not have a proactive program in place right now to inspect and repair hydrants. We are launching a preventative maintenance program in October."

The next month that didn't happen. Public records obtained by the I-Team show after requests from residents, the fire preventative maintenance program eventually launched a year later in Oct. of 2021.

"Our goal is to inspect 800 fire hydrants every year," Nelsy Rodriguez, an East Bay Mud spokesperson, said. "Certainly High fire severity zones are a priority for us."

The I-Team filed public records requests to see the total number of hydrant inspections conducted in the areas with the highest fire risk in the Oakland Hills -- an area identified by CAL FIRE as a "High Fire Hazard Severity Zone." This included 46 roads that burned in the 1991 Oakland Firestorm. After waiting nearly three months for the documents, we found there were only 17 inspections in these areas since the program launched last year.

"Darn it. I wish they would just do the job," Oakland Hills resident Tom Grossman said. "It shouldn't be that hard."

Public records also showed nearly 200 problems with hydrants were reported in the Oakland Hills since 2019.

Hydrant inspections and repairs/investigations from 2019 through May 2022

"It's concerning," said Doug Mosher, also an Oakland Hills resident. "To have that water supply is crucial in order to be able to fight the fire."

One of the most important lessons learned from the 1991 Oakland Firestorm is access. 31 years ago Oakland's fire hydrants were different than most across the state. This limited the help surrounding agencies could provide because they didn't have the adapters necessary to access the water supply. That problem was fixed in 1994, but nearly three decades later residents are left with a different question -- are these hydrants even working?

According to Easy Bay Mud's fire hydrant preventative maintenance program plan, "the hydrant should be visible from all approaches. There should be no brush, tree limbs, or soil that could interfere with anyone accessing, connecting hoses, or operating the hydrant."

But, if you ask Grossman -- that's not the reality on the roads. Grossman says he's tired of taking pictures of barely visible hydrants that look to be deteriorating.

"In the past two weeks, I've seen two. Just riding my bike around. I'm not even looking," Grossman said.

So we did. Within 10 minutes, the I-Team found several hydrants covered up, hard to access, and some missing the blue street markers that are placed on the road to help fire crews identify hydrant locations.

The I-Team met with Oakland Deputy Fire Chief Heather Mozdean to show her some of the photos, but she told us it's unusual to see issues with hydrants.

"We very rarely run into a hydrant that we think is working and doesn't work," Mozdean. "It's very rare."

According to ABC7's analysis of thousands of repair records, there were at least 78 leaking issues involving hydrants from 2019 through June of 2022. The majority were reported in Oakland.

Some of those leaks were due to hydrants hit. At least 83 hydrants were hit, mainly by vehicles like police cars or delivery trucks. More than a dozen of those hydrants were hit in high-fire risk areas and had damage that took more than one month to repair and replace. In another case, a hydrant in Castro Valley located a block from Eden Medical Center took more than six months to repair.

"They tend to be overlooked often," said Mosher. "People drive by and don't pay too much attention."

Deputy Chief Mozdean told us the department conducts residential vegetation management inspections to ensure homeowners are reducing their wildfire risk. But those teams do not check the status of hydrants.

"It's not part of the residential vegetation management inspection - it doesn't include fire hydrants," Mozdean said. "Hydrants are East Bay Mud, we just get to use them."

East Bay Mud told the I-Team the hydrants the agency maintains are painted white, some may be painted red to indicate lower water pressure. We shared photos of several covered white hydrants we captured in the Oakland Hills with Rodriguez. 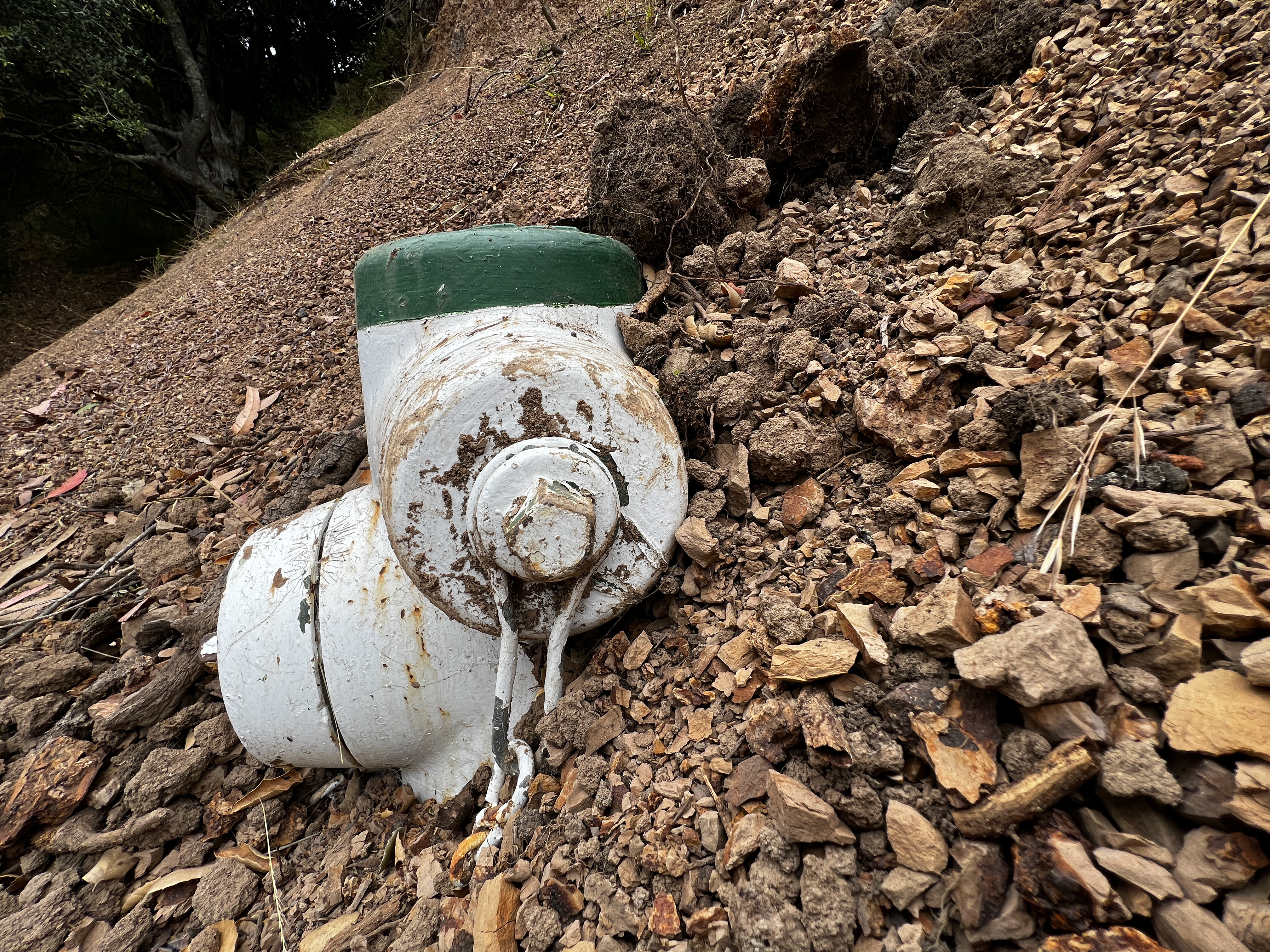 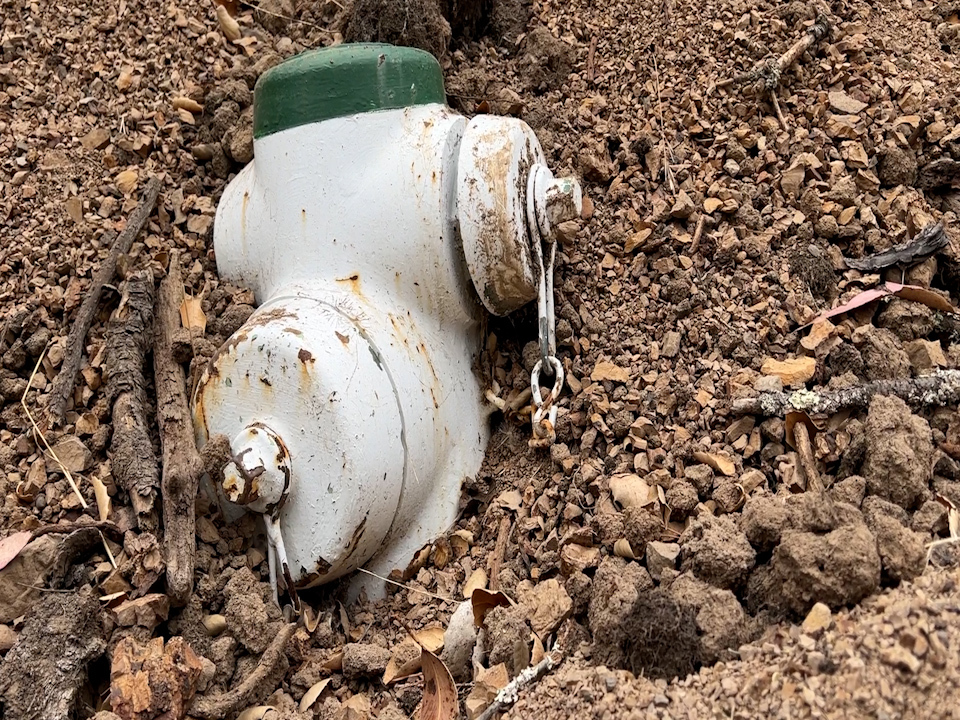 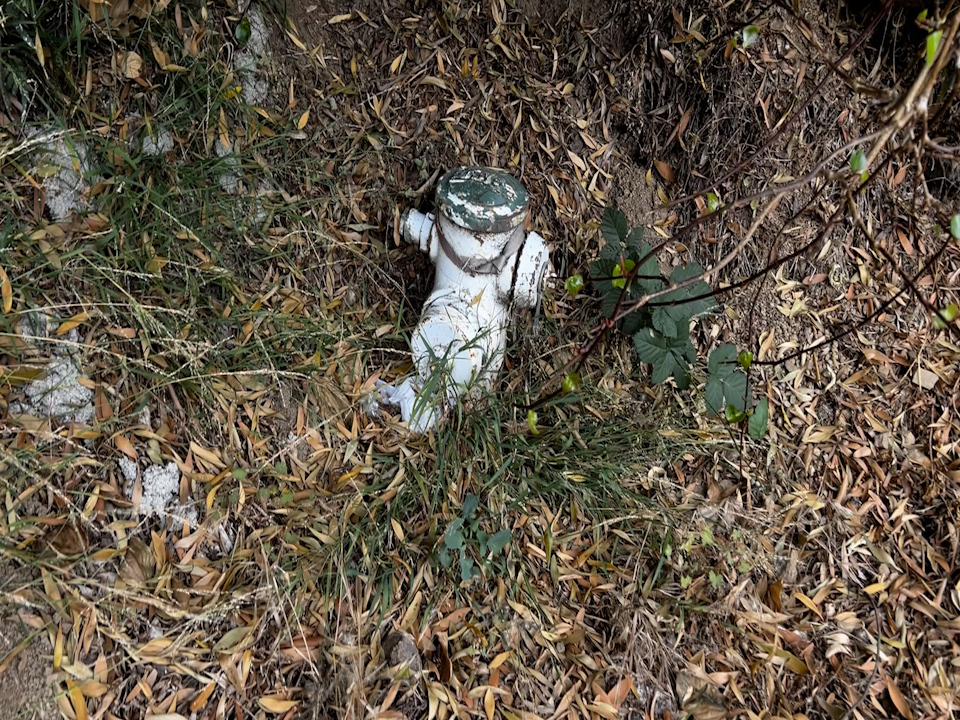 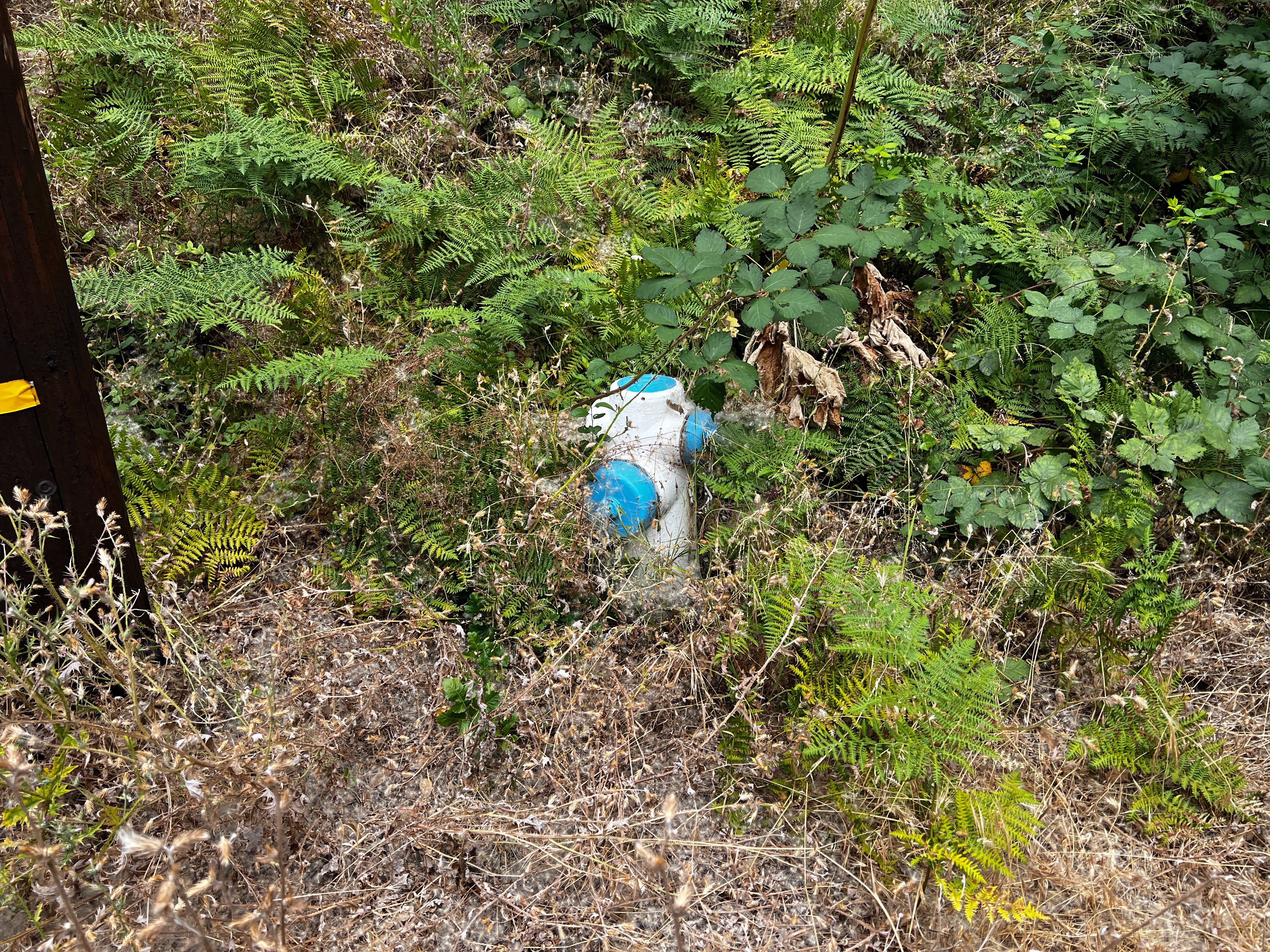 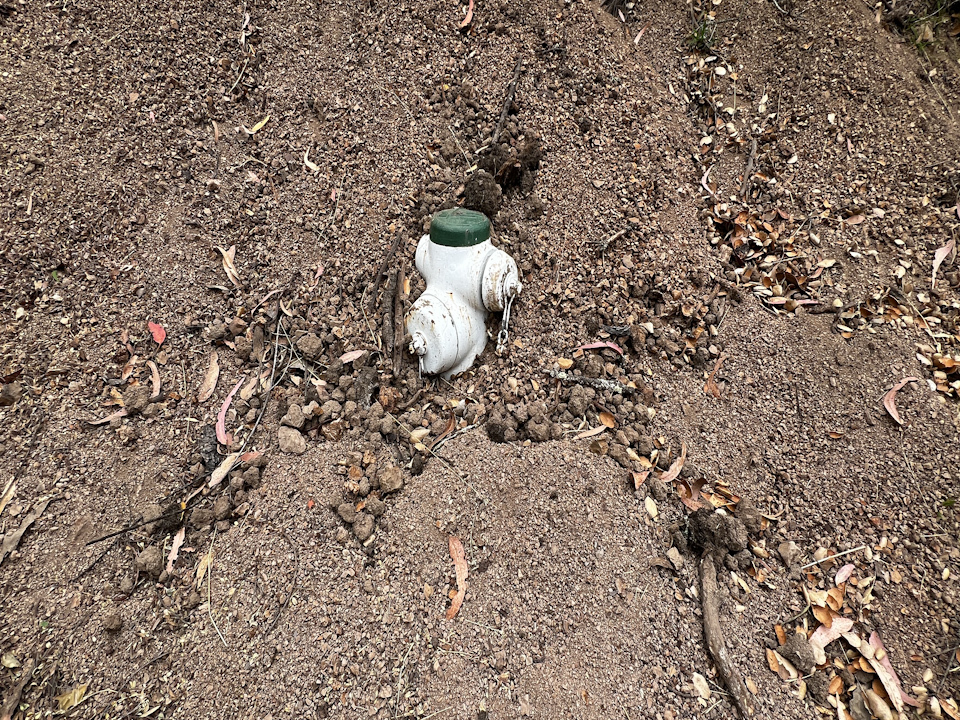 "I can't say if that's a problem or not," Rodriguez said.

But, the requirements in the California State Fire Code are explicitly clear. 507.5.4 Obstruction states "unobstructed access to fire hydrants shall be maintained at all times. The fire department shall not be deterred or hindered from gaining immediate access to fire protection equipment or fire hydrants." 507.5.5 Clear Space Around Hydrants states "a 3-foot (914 mm) clear space shall be maintained around the circumference of fire hydrants, except as otherwise required or approved."

Mozdean told the I-Team there used to be an agreement between East Bay Mud, Public Works, and local fire agencies about which agency is responsible for maintaining fire hydrants across the city and surrounding counties. Mozdean added there used to be a crew that was dedicated to checking hydrants, but it was dissolved with budget cuts and a staffing shortage.

"Somehow the fire department says it's not their problem, they're all playing pass the finger, pass the buck," said Grossman. "Government should be more effective than this."