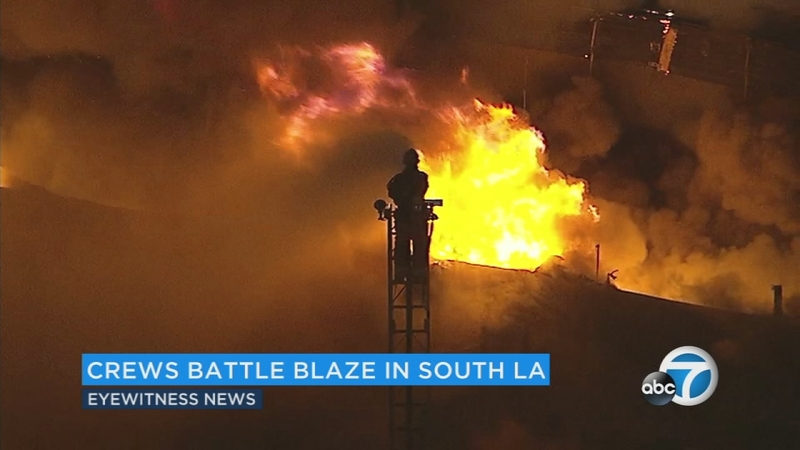 Multiple units were called to the scene around 8 p.m.. The LAFD said the fire at a commercial food processing plant was at one point being fueled by a broken gas line.

Workers inside the plant said the blaze began in the kitchen area and quickly spread out of control.

Aerial images showed flames spewing from the roof of the building at 4020 S. Compton Avenue as firefighters doused the blaze with several hoses.

The plant is located between Thomas Jefferson High School and the Ross Snyder Recreation Center.

More than 110 firefighters were called to the scene of the blaze. Dozens of employees escaped the burning building. No injuries were reported.

The LAFD has instructed crews to remain on the scene throughout the night to conduct salvage and overhaul operations and monitor for any hot spots.