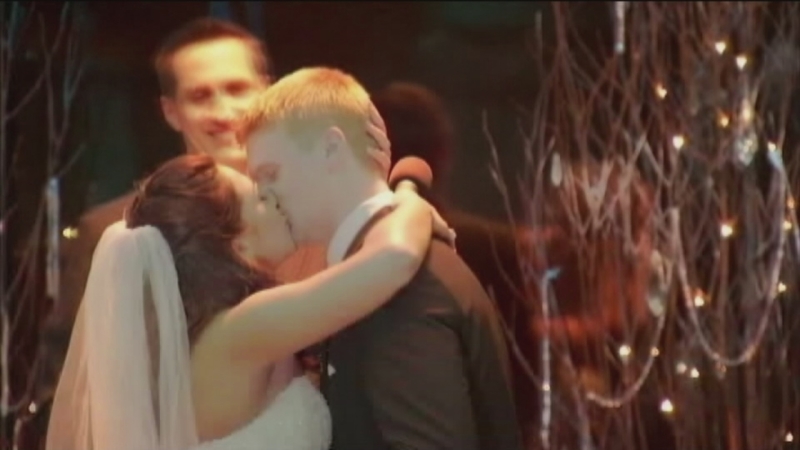 It must be a small (and adorable) world, after all.

Briggs Fussy and Brittney Husbyn met as toddlers walking down the aisle, when they were the ring bearer and flower girl in the same wedding.

On Saturday they walked down the aisle again, this time as bride and groom. 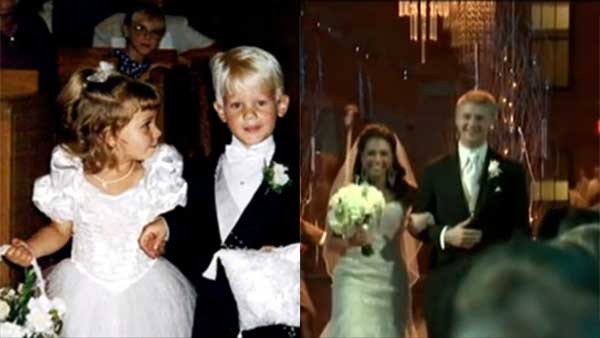 Flower girl, ring bearer say 'I Do' 20 years later
Briggs Fussy and Brittney Husbyn met walking down the aisle when they were toddlers. Now they're the bride and groom.

During the first wedding, which took place in 1995, Fussy was chosen for his role because the bride was his godmother. Brittney Husbyn's mom also had connections to the bride, as they worked together.

Fussy told ABC News that this weekend's wedding guests all got a kick out of the crazy coincidence.

"Everybody loves it -- especially my godmother, she takes all the credit," Fussy said. "It's constantly brought up that we walked down the aisle together again."

The young newleyweds, who are both 22, have been dating since high school.

Though it was many years after the first wedding when they met again, the origins of their friendship are rooted in that first wedding. In a conversation with her mom, Husbyn realized that it might be the same Briggs that she met when she was young.

"We were in class and she had a picture with her from the wedding," Briggs Fussy told ABC News of their teenage years. "I started to laugh because it was the same one we had hanging in the hallway at home, but I never knew who she was. That wedding was the only time I ever saw her."

Two years after the second meeting, the two began dating, leading up to Saturday's matrimony. Fussy said the two have appreciated how many people love reading about their story.

"We will definitely print out the articles and keep them around," he said. "I'll show them to my kids."

Both Mr. and Mrs. Fussy said that the match was destined to be.