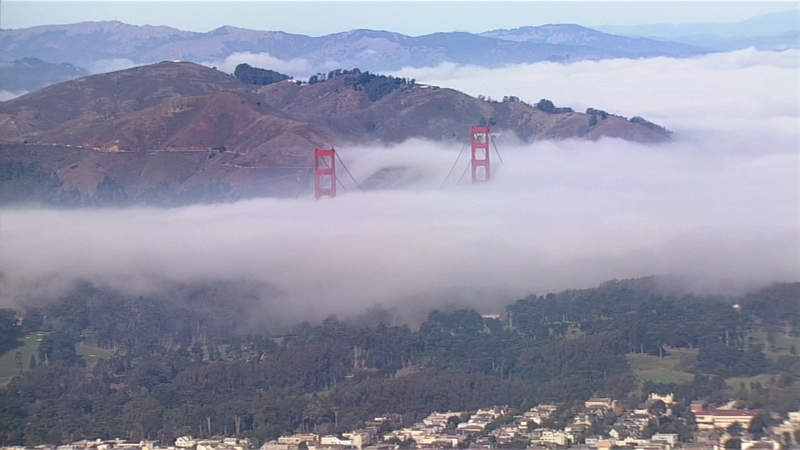 SAN FRANCISCO (KGO) -- San Francisco's iconic fog has been slowly disappearing and it could be due to climate change.

Cal professor Todd Dawson says there has been around a 33% reduction in fog frequencies since the early 20th century. He says fog seasons are starting later and ending earlier. The number of foggy hours each day is dropping too.

The thick and often dangerous fog that blankets the inland valleys has been waning over the years. Some people thought that climate change may be reducing its frequency. But it turns out, all of our hard work eliminating pollution may be the real reason.

As for why? Scientists think it could be due to warming waters in the Pacific caused by artic ice loss. High pressure is calming winds which leads to less upwelling of cold water from the ocean. Fog needs the transfer of colder water mixing with warmer surface air to form. Because the temperature difference is smaller between the ocean and air -- less fog is created.

Unfortunately, the trend is expected to continue for at least the next 10 to 20 years.