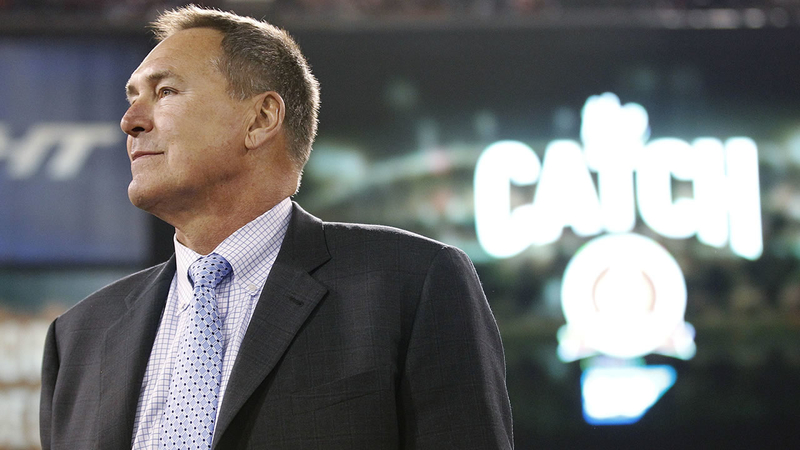 He said Sunday in an open letter that he started experiencing the symptoms of ALS in his left hand back in 2015.

Current 49ers CEO Jed York released a statement that said he was "deeply saddened" upon learning of Clark's diagnosis and that he would receive full, unconditional support from the team and staff.

We spoke with a professor of neurology at UCSF. She told us ALS is a rare disorder that affects the function of nerves and muscles. It affects one in 100,000 people and is not genetic.

"Something triggers the nerve to die and we don't know what that trigger is," said Catherine Lomen-Hoerth with UCSF. "If we did, we could treat these diseases much better than we do."

Drugs can slow down its progression, but there is no cure. She says most people live three to five years after the first symptom of the disease.

ABC7 sportscaster and former 49er Mike Shumann was right there hugging him after that catch. They are still good friends today.

"As I look at that video, Matt, 35 years ago Dwight and I were 20 somethings headed to our first Super Bowl and winning. The first of five, and to this day, it's a bond you share for life. I've known for a while Dwight was dealing with ALS. But to see him put out this letter was just devastating, as it seemed to become real."

Shu went on to say that Clark is not the only former player who's dealing with hardships that are possibly related to football, "He's not sure, but he thinks it probably does. You know, ALS, dementia, Parkinson's and Alzheimer's are all things we're all dealing with. We're all dealing with neurologists now, and basically going to find out I don't want to say our death sentence but we're all finding out what we're doing to be dealing with down the line. And I said it earlier, in our 30s we talked about the glory days, 40s all our injuries, in the 50s we can't remember anything, and now in our 60s we seem to be dealing with a lot of this. So a lot of players are going through the same challenges Dwight is."

Other teammates have responded to Clark's news.

In a statement, Joe Montana said, "Jennifer and I are saddened by the diagnosis of Dwight. This is a difficult time for Dwight, Kelly and all of us who love him."

And Jerry Rice had this to day, "We know him for 'The Catch,' but he's a great individual who cares about people. I love this guy."

I'm not having a press conference or doing any interviews. That time will come. Right now, I've got work to do. I've got to devote all my energy preparing for this battle and I would hope you can respect my family's privacy as I begin this challenge. My ultimate hope is that eventually I can assist in finding a cure for ALS, which disrupts the lives of so many and their loved ones."
Related topics:
sportssanta clarasan franciscosan francisco 49ersalsfootball
Copyright © 2022 KGO-TV. All Rights Reserved.
RELATED
Former 49ers WR Dwight Clark announces he has ALS
TOP STORIES
French bulldog robbed from East Bay owner, police say
Bay Area Tongan community worried after Tonga volcanic eruption
Videos show flooding, damage after tsunami waves hit Bay Area
Standoff at Texas synagogue ends with all hostages safe, suspect dead
Expect more worrisome COVID variants after omicron, scientists say
Tsunami advisory brings strong waves, damage to parts of Bay Area
Tsunami advisory issued for US after volcano explosion
Show More
What to do if there's a tsunami
Novak Djokovic leaves Australia after court rejects visa challenge
China to limit travel ahead of Lunar New Year, Winter Olympics
Marines called in to inspect $10M worth of PPE left out in rain
Bob Saget's widow posts heartfelt tribute to late comedian
More TOP STORIES News