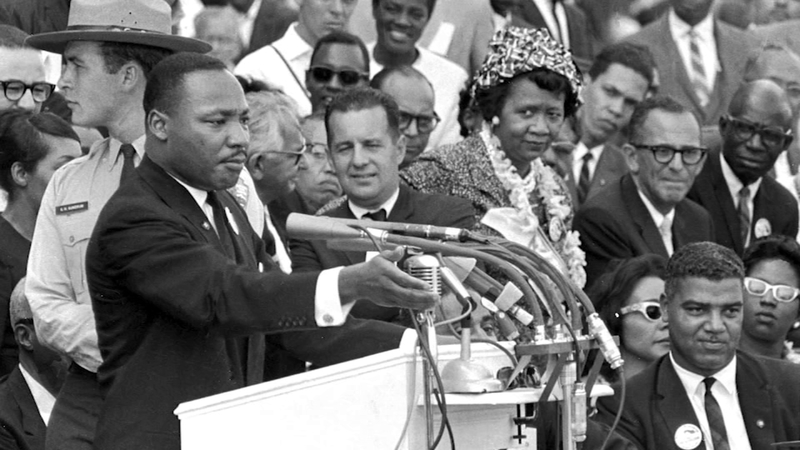 Fight for equal access to vote continues on MLK Day

SAN FRANCISCO (KGO) -- As we commemorate Dr. Martin Luther King Junior's birthday Monday, there is a renewed push to pass voting rights protections in the U.S. Senate. More than five decades after King's killing, the fight continues for equal access to vote.

In a December message posted to the King Center's YouTube page, Dr. Bernice A. King, daughter of the late MLK and CEO, cleared up misinformation about the family's plan to commemorate her father's legacy this year.

"Commemorate my father's life and his teachings with a day on," said King., CEO of the King Center in Atlanta.

Instead of a day off from work and school on January 17, she's calling for a day "on," "by putting pressure on the United States Senate to bypass the filibuster... to pass the Voting Rights Act," she added in the recorded message.

But as snow falls on the Martin Luther King Jr, Memorial in Washington, D.C. on what would be the civil rights icon's 93rd birthday, just minutes away in the halls of Congress legislation to protect voting rights remains stalled.

"Pass the Freedom to Vote Act. Pass it now," said Biden before a crowd on the campus of Morehouse College and Clark Atlanta University.

In honor of Martin Luther King Jr. Day, we took a dive into our archives to explore some of the visits the civil rights activist paid to the Bay Area.

The legislation is in response to restrictive measures passed by 19, mainly republican-led states, to limit access to early and mail-in voting and in other cases imposes stricter voter ID laws.

"While I continue to support these bills I will not support separate actions that worsen the underlying disease of division," said Senator Kyrsten Sinema, D-AZ , as Biden headed to congress last week to corral senators in person.

"Biden was a part of that opposition in the past as a senator. He has to figure out how to use the bully pulpit of the presidency to mobilize his base," said James Taylor, professor of political science at the University of San Francisco.

Here's a look back at some of Martin Luther King Jr.'s most poignant quotes.

Taylor sees the Biden's fight within his own party as an uphill battle.

"Biden will have to prove to himself, to his party, to voters, to the country, and to the entire world that he has the capacity to get two people who philosophically are on his team to vote in support of his agenda. And if he can't, it will weaken him," said Taylor.

"If Dr. King was tired of having to struggle for justice in 1968, he certainly would be tired and frustrated by the fact that we still have so many challenges," said Drew Dellinger, Ph.D., Advisor, The World House Project at Stanford University,

Dellinger, a scholar of MLK's teachings, life, and legacy sees the parallels between King's fight to secure the passage of the Civil Rights Act of 1964 and the Voting Rights Act of 1965 with today's bitter battle.

"King would call for us to work for social justice, for peace, for economic justice on the King Holiday, but he called for us to do it every day," said Dellinger.