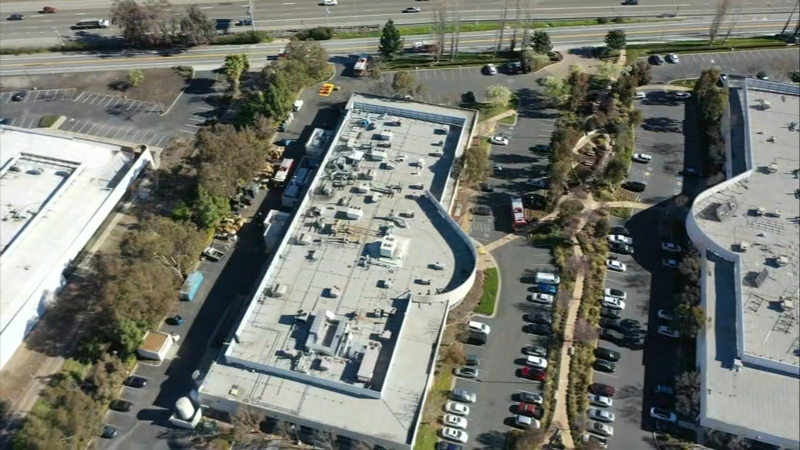 FREMONT, Calif. (KGO) -- Fremont police have issued an all clear on Wednesday after a possible chemical emergency at the Air Liquide building in Fremont.

Police sent out an update shortly before 1 p.m. saying the scene had been cleared and all roadways in the area had reopened.

The cause of a fire that turned into a hazardous materials incident at Air Liquide on Landing Pkwy is under investigation. An initial shelter in place order given as a precaution has been lifted. Firefighters remain on site and will continue to monitor the air quality in the bldg pic.twitter.com/DaGuWuyCvV

This comes after the Special Operations Task Force of the Fremont Fire Department responded to a potentially dangerous hazardous materials emergency Wednesday morning at the Air Liquide.

The call came in at 7:15a.m. The building is located in an office park right alongside Interstate 880, between the interstate and Fremont Blvd.
Firefighters say an employee of the company put out a small fire with a fire extinguisher but had set off the alarm, which prompted the emergency response. Crews were immediately concerned about the possibility of toxic chemicals being released into the air.

No injuries or fire damage were reported.
The fire department did not order any evacuations, but did ask the Hampton Inn and Hyatt Hotel to shelter in place and told residents to avoid the area of Landing Road and Fremont Boulevard.

The Fremont fire department said on Twitter the cause of the fire and hazardous materials incident are under investigation.

An initial shelter-in-place order given as a precaution has been lifted.

Firefighters will remain on site and will continue to monitor the air quality.