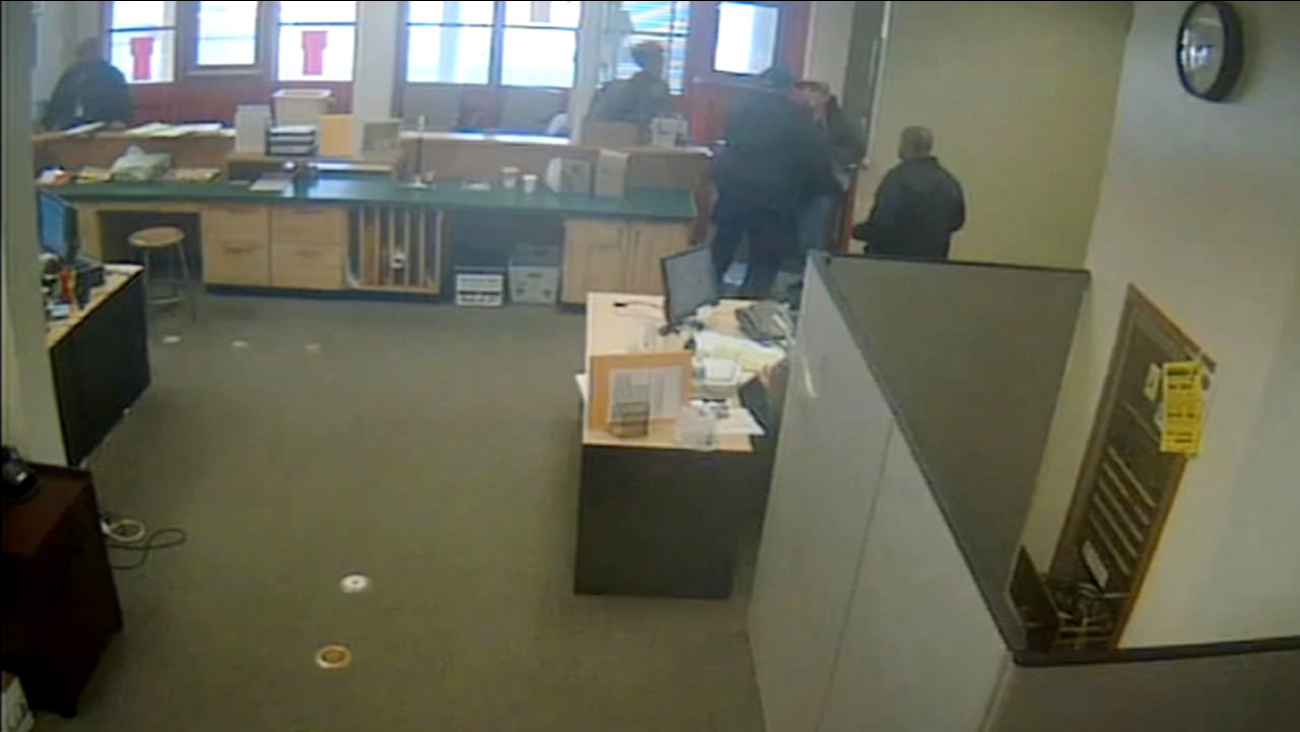 For the second time in two years police are investigating a physical confrontation between a security guard and student at Oakland's Fremont High School. (KGO-TV)

OAKLAND, Calif. (KGO) -- For the second time in two years police are investigating a physical confrontation between a security guard and student at Oakland's Fremont High School, and it was all caught on camera.

The school district's police chief is asking the public not to rush to judgment. The police also wonder how the video was released publicly because they didn't do it.

The video shows a 16-year-old student who had been ordered into the office by an assistant principal because he'd reportedly been acting strangely. School officials say they wanted to talk to him, but the student was determined to leave. That's when one of the school's security officers blocked his way and a struggle began.

"He was a danger to himself. He could not leave that location," said Oakland Unified School District Police Chief Jeff Godown.

Godown wouldn't say outright why the teen was a danger to himself, but he hinted at media reports that the student may have been high on drugs. Regardless, he admits it looks disturbing.

"I've been in this business 35 years and in that 35 years there's never been a confrontation between a security officer, or a police, with somebody who doesn't want to comply that looks good," Godown said.

Parents and students we talked to at Fremont High School think the guard may have been too aggressive.

"I don't think it's right at all. I think that's why they say, call your parents if something is going wrong. You shouldn't put your hands on anybody else's child," said one parent.

It's not the first time it's happened at Fremont High School. Last year, two Fremont High security officers resigned after they allegedly roughed up a student for no reason in a hallway.

At Oakland High School, a security guard attacked a student in a wheelchair. Once again, Chief Godown is promising a thorough investigation.

"I can see the concern that the parents have that what we could have done differently and we're still looking at those options, or those ideas," Godown said.