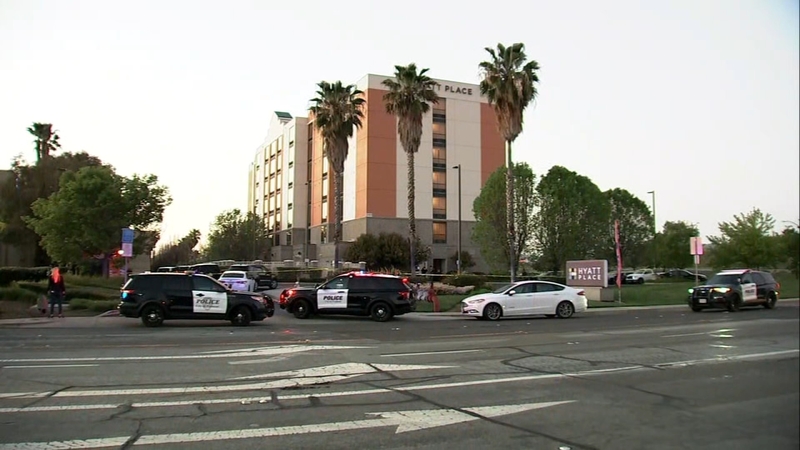 FREMONT, Calif. (KGO) -- An investigation is underway after a man was shot and killed by officers in the parking lot of a Fremont hotel, police say.

The incident happened around 6:25 p.m. Thursday at the Hyatt Place Hotel.

Police say the suspect had a number of outstanding felony warrants, and was being surveilled by the department's Gun Violence Reduction Team.

Fremont police say detectives tried to make contact and take the man into custody. When he didn't comply, they deployed a police dog. That's when police say the suspect pulled out a gun.

She noticed more than a handful of what she describes as unmarked cars, parked at the Hyatt Place since early Thursday afternoon.

"Once I saw the unmarked cars going that direction, with the siren, I thought oh my god what's going on. So as I was walking to see what's going on, that's when I heard the gunshots," said Bokaie.

The suspect died on scene.

Fremont police aren't sharing specifics about the suspect, or the types of crimes he may have been involved in, only saying he was well-known to the department.

When asked if there was any concern surrounding a rise in violent crime, Cpt. Washington said yes.

"I'm very concerned that we have individuals out there in our society that want to take on and kill our police officers," said Cpt. Washington.

The shooting is still being investigated.