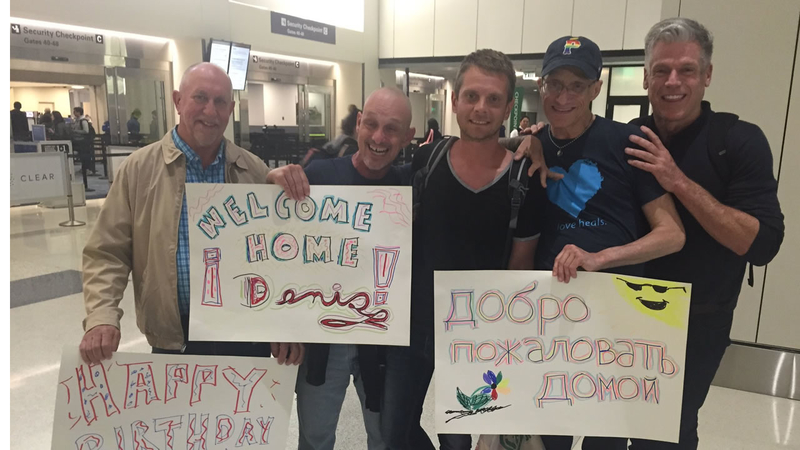 SAN JOSE, Calif. (KGO) -- A Russian-born San Jose man is back in the Bay Area Thursday after being detained by customs and border patrol in Florida for more than a month.

His plane landed at SFO around 10 p.m.

Denis Davydov was greeted by friends as his plane landed. Davydov took a vacation to the U.S. Virgin Islands but was arrested by customs and border protection when he tried to return.

He left Russia in 2014 and came to the US on a tourist visa. He then applied for political asylum, afraid to be gay and HIV-positive in Russia.

Legal advocates told ABC7 News that Davydov did everything right and had permission to be in the U.S.

Being detained at an ICE facility in Miami for more than a month, he was provided with medication but did not have access to a specialist.

He says his health is okay and that he is grateful to all who supported him.

ICE and CHP would not comment on Davydov's specific case. CBP released a statement Thursday saying a visitor can be refused entry if it is determined they're violating the term of their visa or other laws.

As the case is ongoing, Davydov's attorney advised him not to talk about the details of his arrest and detention. It's still unclear why it happened.