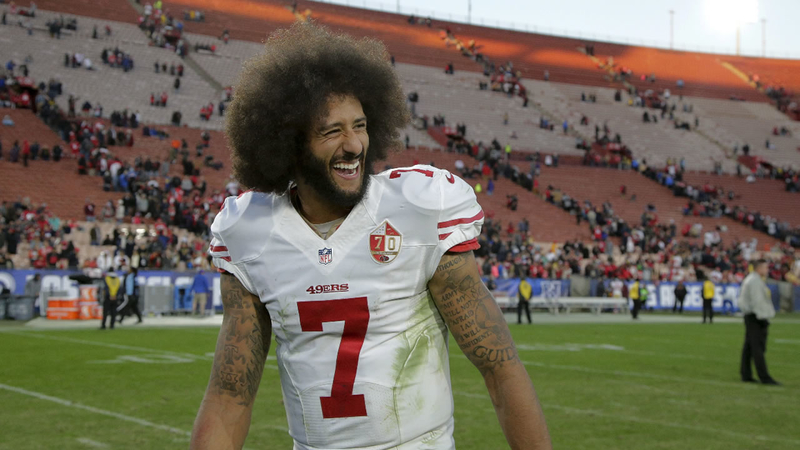 SAN FRANCISCO (KGO) -- Former San Francisco 49ers quarterback Colin Kaepernick said on social media Friday that he, along with his Know Your Rights Camp, will provide monetary assistance for Minneapolis demonstrators in need of legal representation because protests related to George Floyd.

When civility leads to death, revolting is the only logical reaction.

The cries for peace will rain down, and when they do, they will land on deaf ears, because your violence has brought this resistance.

We have the right to fight back!

Kaepernick funds the Know Your Rights Camp, which works to "advance the liberation and well-being of Black and Brown communities through education, self-empowerment, mass-mobilization and the creation of new systems that elevate the next generation of change leaders," according to the organization's website.

He said on Twitter, "In fighting for liberation there's always retaliation. We must protect our Freedom Fighters. We started a legal defense initiative to give legal representation to Freedom Fighters in Minneapolis paid for by @yourrightscamp."

In solidarity w/ our brothers & sisters in Minneapolis, KYRC + @kaepernick7 established our Legal Defense Initiative to support Freedom Fighters on the ground. If you, or a loved one needs legal assistance, or to donate, go to https://t.co/BQO5g9f5wb #wegotus pic.twitter.com/5g3wn1wXso

A Minnesota police officer was arrested Friday on third-degree murder and manslaughter charges after he was seen on camera kneeling on Floyd's neck while he was handcuffed.

The man's death has sparked unrest nationwide, specifically in Minneapolis, where protests and looting have continued throughout the week.

Floyd's death has also led to demonstrations in the Bay Area, including a large gathering in San Jose Friday evening.

To learn more about how benefit from Kaepernick's Legal Defense Initiative, click here.

Kaepernick famously knelt during the national anthem at NFL games in the pre-season and regular season in 2016.

The action was in response to police brutality.