A massive fire in Vallejo shut down Interstate 80 as flames raced to the edge of the hillside and the homes right in the path.

VALLEJO, Calif. (KGO) -- Interstate 80 has reopened at the Carquinez Bridge after several fires broke out in Vallejo, forcing cars to turn around at the toll plaza.

Officials say calls about the fire came in around 9:45 a.m. on Sunday.

An evacuation order for Crockett has been lifted, but remains in place for the Cal Maritime Academy.

"We believe there was some power issues, electrical issues at Cal Maritime being caused by this fire because we had an elevator rescue. The elevator service failed," said Kevin Brown of the Vallejo Fire Department.

VIDEO: Harrowing eyewitness video of flames near I-80 in Vallejo

Approximately 140 acres have burned and one structure, a storage unit on Cal Maritime's property, was destroyed. Additionally, officials also say 12 homes were damaged by heat and two cars on Maritime property were destroyed.

Though forward progress of the fire was stopped at about 1:30 p.m., crews will be on scene for an unknown period of time to clean up.

Of the two firefighters who were injured, officials say one was hospitalized and released.

PHOTOS: Fire breaks out in Vallejo near Carquinez Bridge 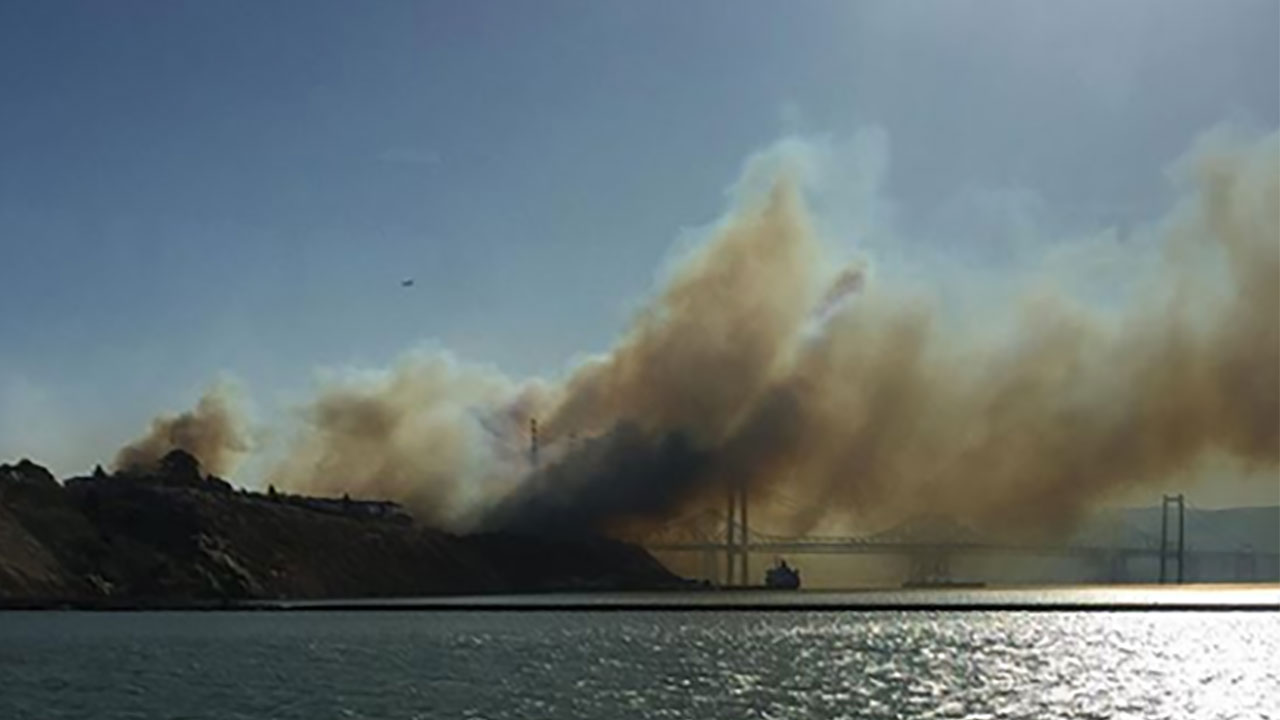 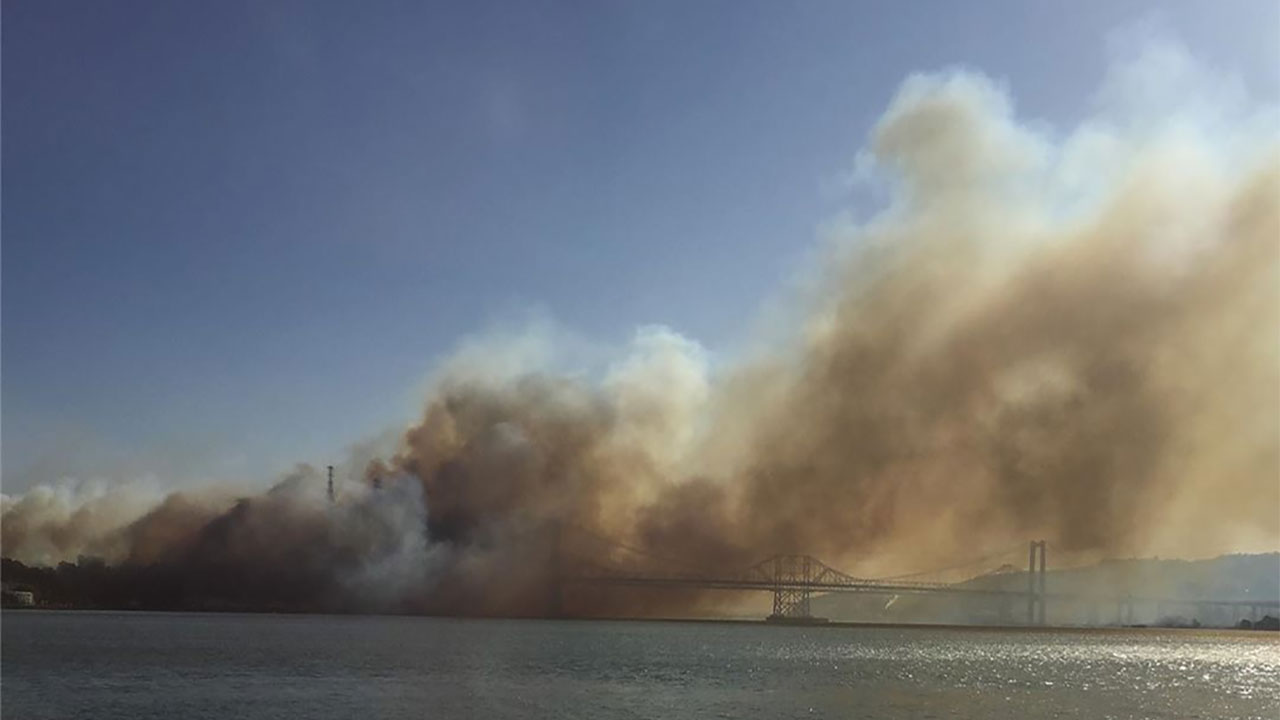 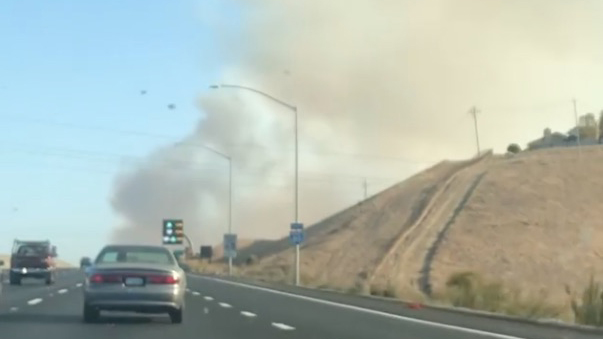 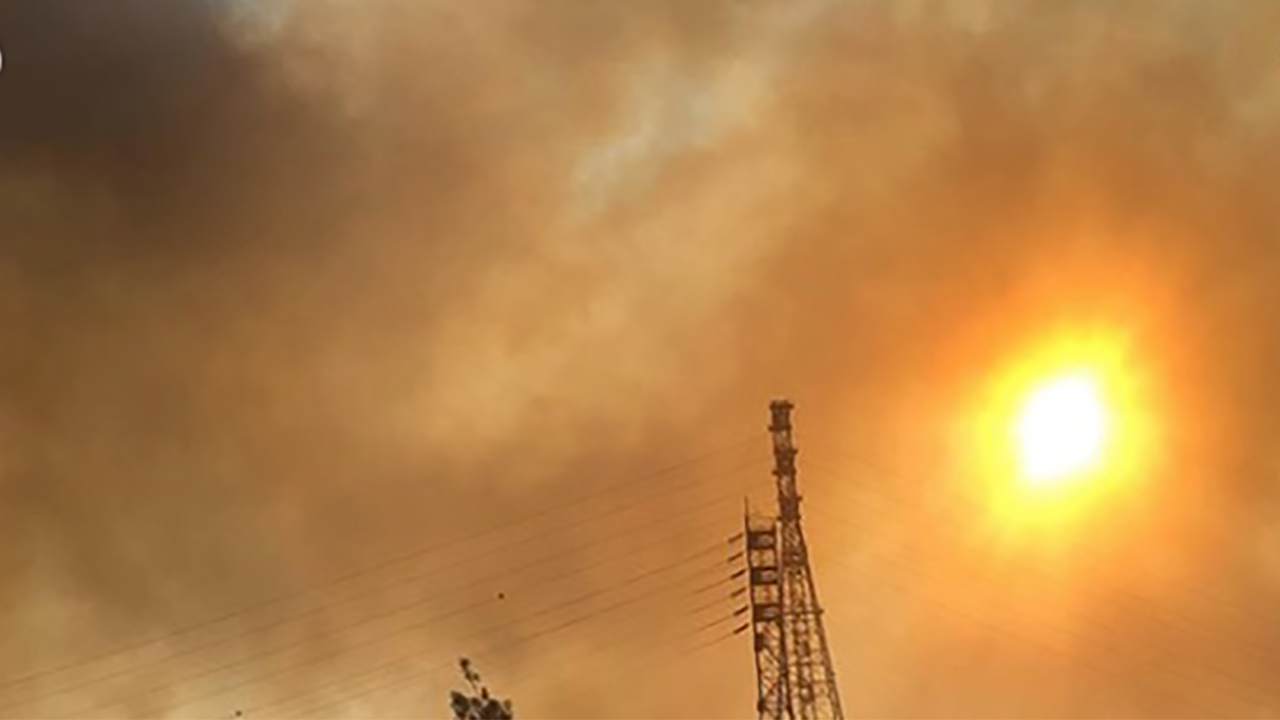 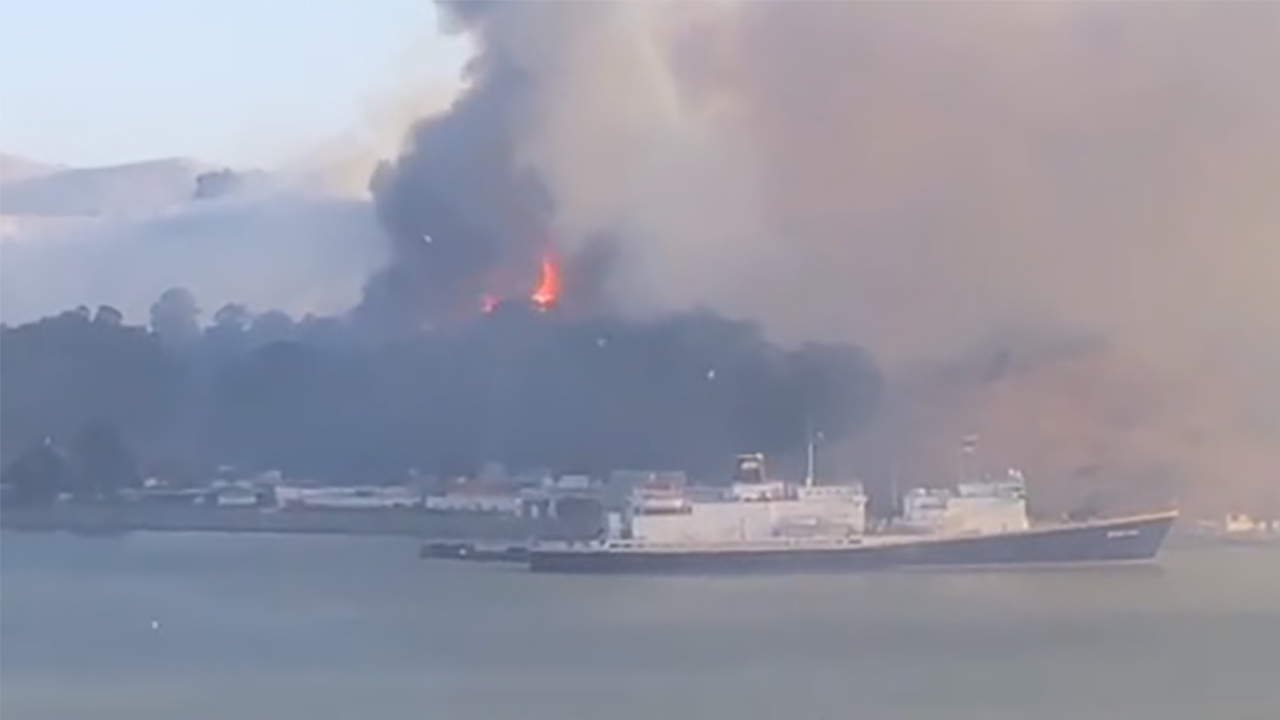 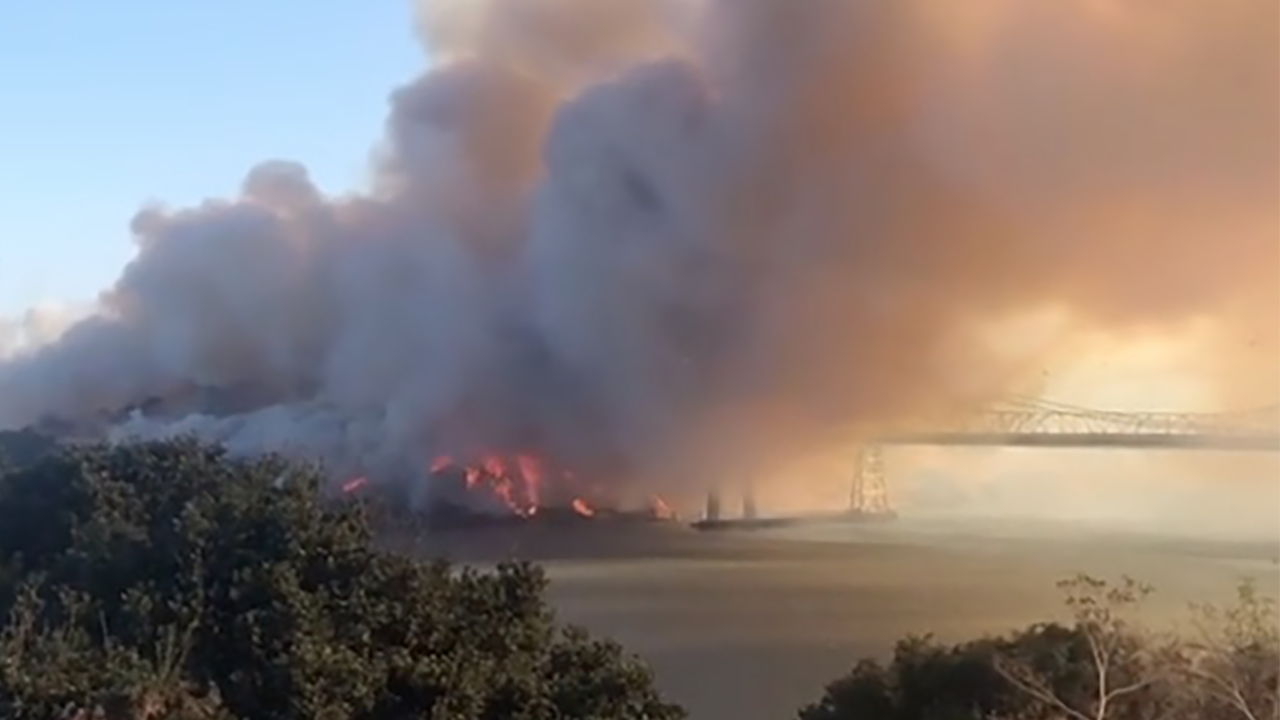 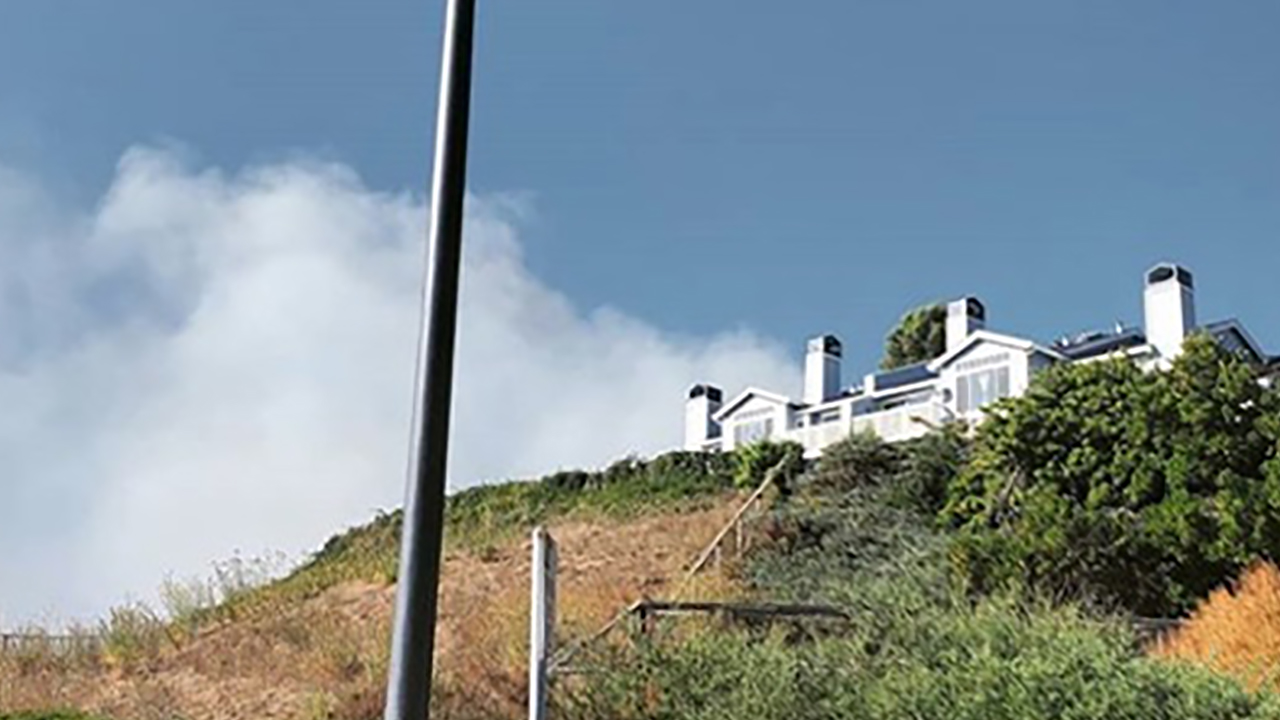 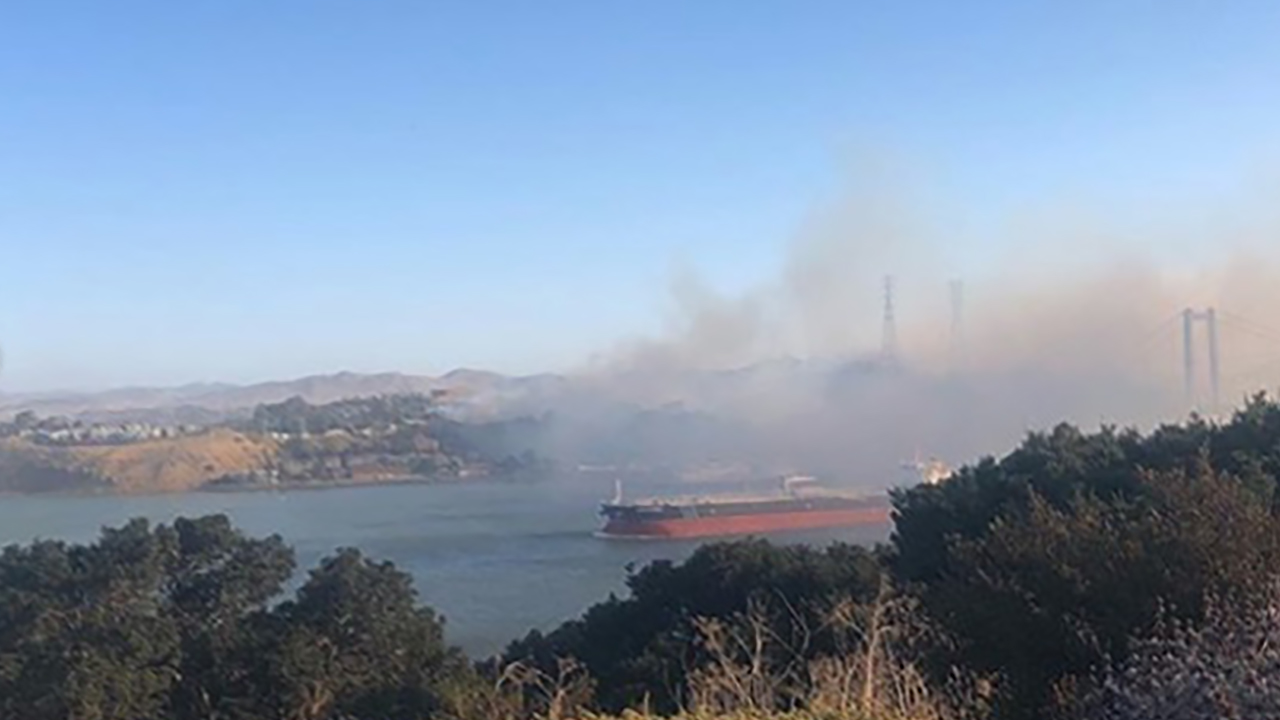 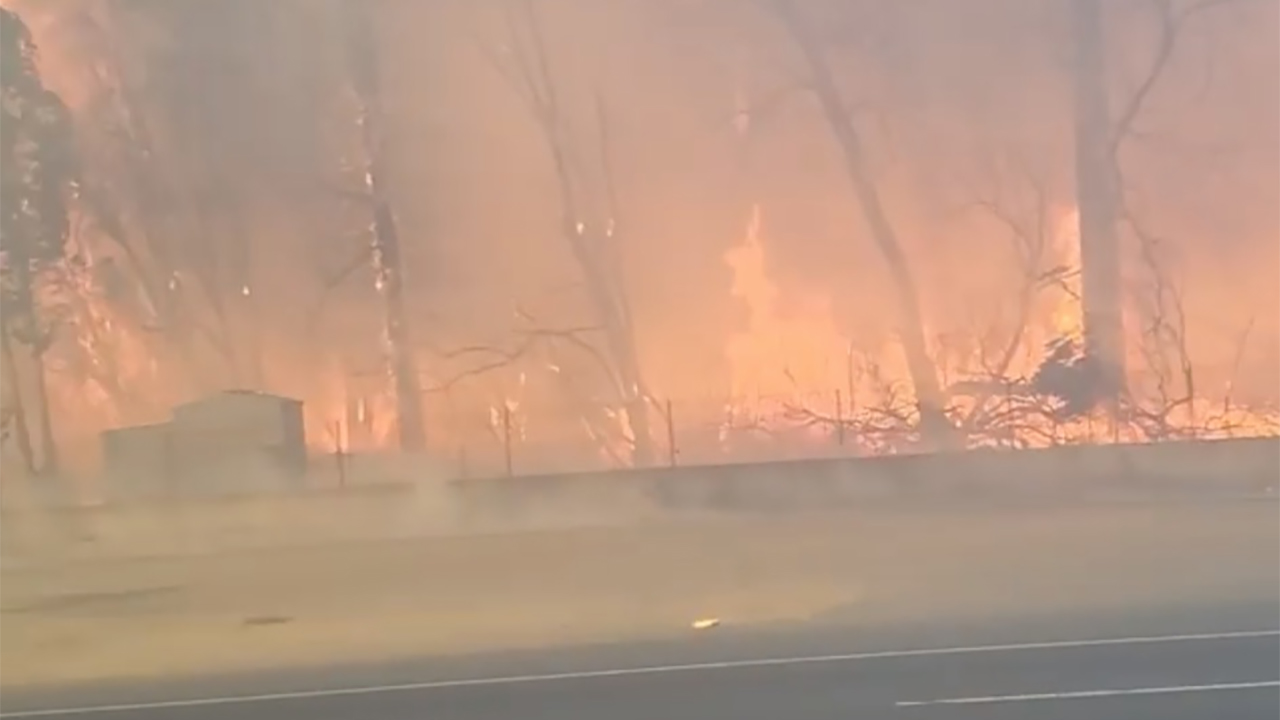 SKY7 was over the area Sunday morning when it spotted several spot fires on both sides of Interstate 80. Neighbors could be seen on a hillside hosing down their properties as the flames inched closer to their homes.

"This was a fast-moving fire that started on I-80 and the toll plaza, the fire jumped I-80 and it burned on both sides in south Vallejo," said Brown.

In a social media video posted by one driver, drivers stranded on the freeway are directed to get off the freeway by going the wrong way down an on-ramp.

The fire also burned near the Glen Cove area.

"30 miles an hour (plus) winds allowed it to jump the freeway and move fast," added Brown.

Cal Maritime has been tweeting updates since the fire jumped the freeway.

They also posted late Sunday that all classes and activities are canceled for Monday and Tuesday due to the fire and power shutoffs.