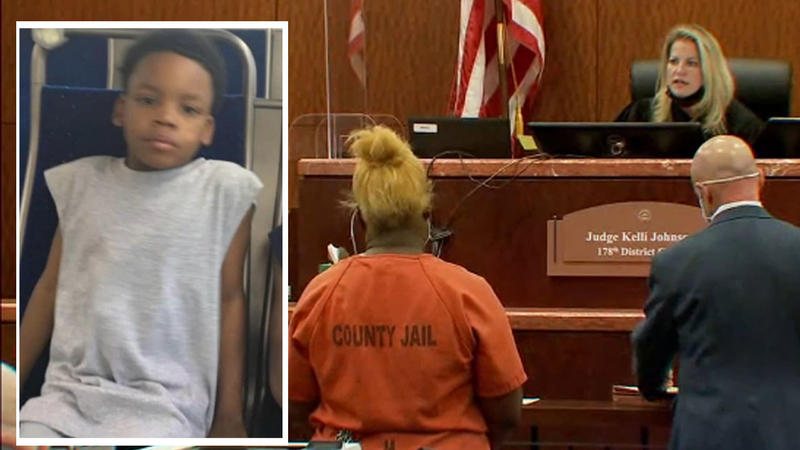 Woman and boyfriend lived with her son's remains after his murder

HOUSTON -- A Texas woman lived in an apartment with the remains of her 8-year-old son for months after he was murdered, allegedly by the mother's boyfriend, Houston's KTRK-TV has learned. Three of her other children were also later found abandoned in the home.

On Monday, 35-year-old Gloria Williams appeared in court, where more disturbing details in an already difficult case were revealed.

Her boyfriend, 31-year-old Brian Coulter, is charged with 8-year-old Kendrick Lee's murder. His bond is set at $1 million. Coulter is accused of beating the child to death around Thanksgiving of last year.

Both he and Williams remain in jail.

According to new details given Monday, Williams and Coulter lived with the remains in a west Harris County apartment until March, when they moved out, leaving behind the woman's three other children, ages 15, 9, and 7, with Kendrick's body.

The surviving children allege that they were locked in a room with Kendrick's remains, even while the couple lived there. Williams allegedly sent groceries to the apartment once a month and kept the lease on the unit so the remains wouldn't be found.

Authorities discovered Kendrick's remains a week ago. His siblings were living in deplorable conditions.

Last week, when Coulter made his first court appearance, the judge overseeing the case recused himself for personal reasons.

When Coulter arrived, he walked in slowly, asking the judge several questions. At times, it appeared that he didn't understand what was being read to him.

Coulter also asked the judge to repeat what the charge was against him, and if he's convicted, if the sentencing is indeed five to 99 years or life.

The judge said yes, but also advised him to speak through his attorney because anything he says in court can be used against him.

Meanwhile, Williams' was supposed to be in court last Friday, but due to the judge's sudden recusal, that appearance was pushed back to Monday.

KTRK has also learned that the court had a hard time finding a qualified attorney to represent her, but a defense attorney was eventually assigned.

Williams is expected back in court later this week to go over bond.

The judge said Monday that her current bond was not sufficient for the charges.

Williams' attorney argued that he needs time to review the case and asked the judge not to raise her bond.

Brian Coulter, the man accused of beating his girlfriend's son to death, suddenly seemed unable to understand the judge when he was in court. But that's not the only thing that happened. Watch.