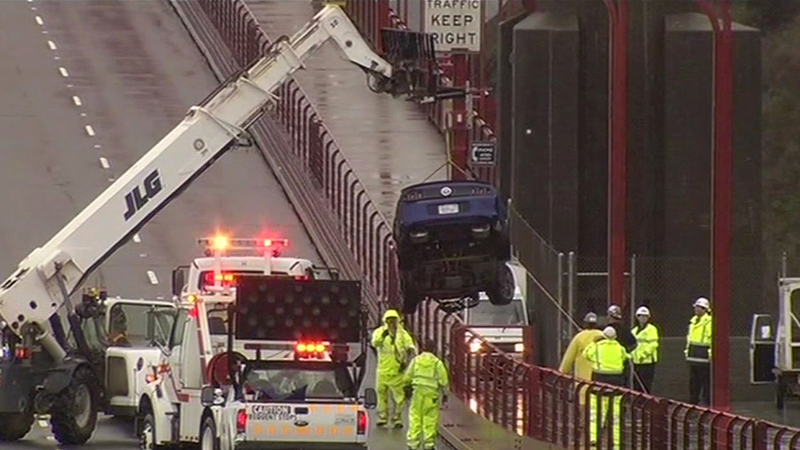 SAN FRANCISCO (KGO) -- Workers have removed a car that caused quite a scene on the Golden Gate Bridge during this morning's commute. The driver treated the pedestrian walkway as a traffic lane and wedged the car into an incredibly tight spot.