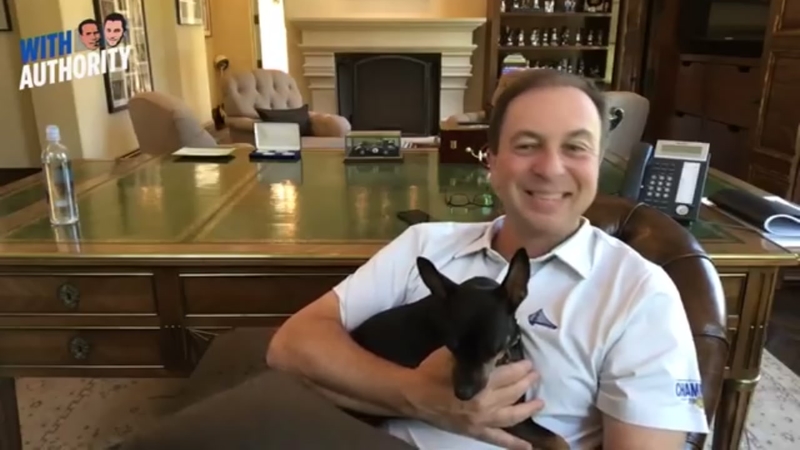 The Lacob family adopted this Miniature Pinscher after he was displaced from their Miami-area shelters due to Hurricane Irma.

WATCH ON YOUTUBE: Warriors owner Joe Lacob and "Lucky" Larry on 'With Authority'

Using Nicole Lacob's charitable relationships, the Warriors helped fly 163 pets across the country to the Bay Area to find new homes. When Joe met the dog that would later be named Larry O'Brien, they were bonded immediately. From the streets of Miami to the lap of luxury, is there a more lucky dog in the world?

Larry's lucky streak will be put to the test as the Warriors hope for the number one pick in the NBA Draft.

But where will he be on draft day?

"We're still working out the details," Lacob explained, noting Larry may even get to tag along with the team's representative, Stephen Curry!

Lacob also discusses his background in epidemiology, and his thoughts on the NBA in the COVID-19 era, why the Warriors are primed for a big bounce-back season, and if they have an idea who they may be targeting in the draft.

"We think we're going to go from being last to being a contender again, and I'm really excited about the next season," he told us.