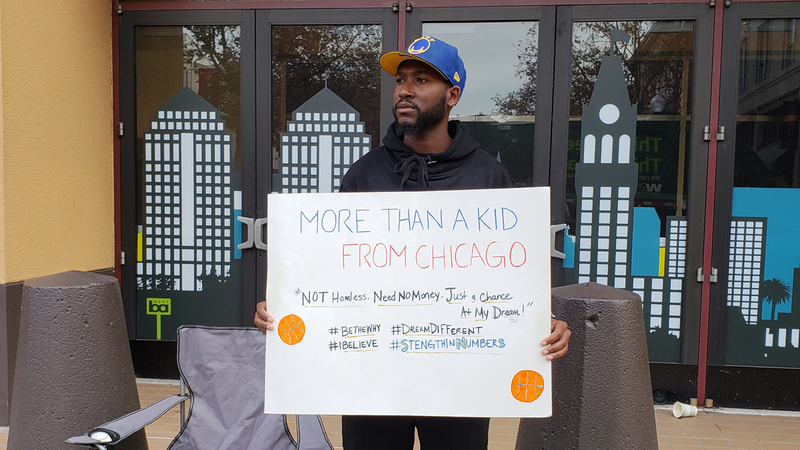 Fan follows his dream to become a Golden State Warrior

OAKLAND, Calif. (KGO) -- How far would you go to pursue your dream? A Warriors fan is taking a very unusual approach to realize his dream of playing in the NBA.