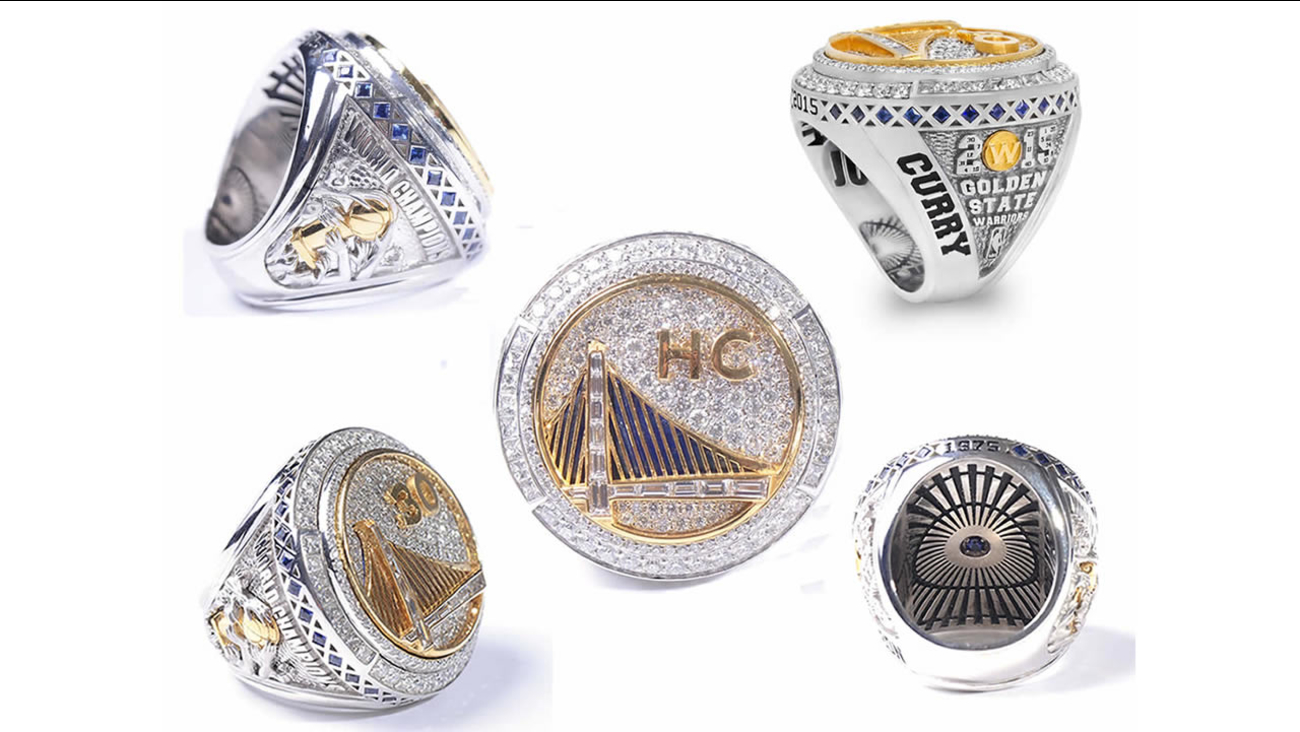 On Tuesday, October 27, 2015 at Oracle Arena in Oakland, Calif., the Golden State Warriors received their 2015 Championship rings. Photos of the ring were provided by the Warriors. (KGO-TV)

OAKLAND, Calif. (KGO) -- On Tuesday night at Oracle Arena the Golden State Warriors received their 2015 Championship rings before playing in their home opener against the New Orleans Pelicans.

them boys up to something 💍 pic.twitter.com/VrlHQQp0H5

NBA MVP Stephen Curry took a moment to thank the fans at Oracle Arena after he accepted his ring. He said, "This is an unbelievable day. We would not have been able to do what we did last year with your guys' support."

The MVP gets his ring 💍 pic.twitter.com/6kpoo54QF1

The Warriors also raised the championship banner with great pride. Head coach Steve Kerr attended the ceremony, but had to leave the court due to having recent back surgery and interim coach Luke Walton coached the game.

That moment all of #DubNation has been waiting for! https://t.co/MxdkiXMiRX

In taking a closer look at the championship ring, it is very large and filled with symbolism. The 240 stones in the center of the ring represent the total amount of wins the Warriors had under the current ownership, by the end of the 2014-2015 season. The Warriors' logo on the front of the ring is made out of 67 percent gold to signify the 67 regular season wins. There are 16 princess-cut stones for their 16 playoff wins. There are four stones in the ring glow under a black light to signify the four franchise championships. There are blue sapphires on the edge of the ring to replicate the outside design of the Oracle Arena. The design on the inside of the ring mirrors the inside architecture of the arena's ceiling and included are the words "JUST US" -- what the team shouts when they're in a huddle.

The story behind the #Warriors 2015 Championship Rings. https://t.co/tb916SWcAF

This year the Golden State Warriors are hoping to defend their NBA Championship title and in Tuesday's game, Curry seemed to pick up right where he last left off. He scored 27 points in the first half of Tuesday's game against the Pelicans.

Felt good to be back in Oracle again tonight. Can't even find the words to describe this! #blessed pic.twitter.com/7V6Ua0nPEg

pretty sure this is the definition of #SquadGoals 💍 pic.twitter.com/w4H1Ls3aph

it's been a joy having a hand in ringing in last season... @warriors #dubnation pic.twitter.com/gSUPJNTZZF 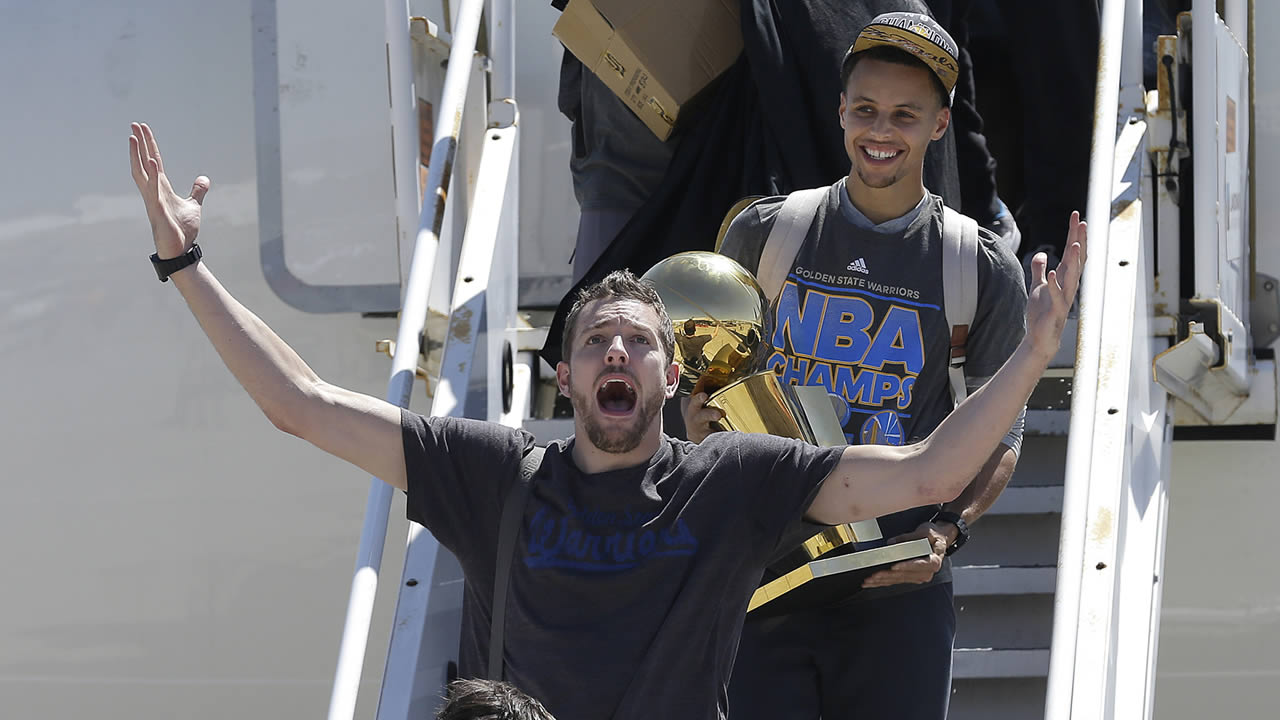 ABC7 News brought you full coverage of the Golden State Warriors' victory parade and rally. Here's a look at some of the best photos and videos from that day.