All eyes on Warriors guard Klay Thompson ahead of NBA Finals 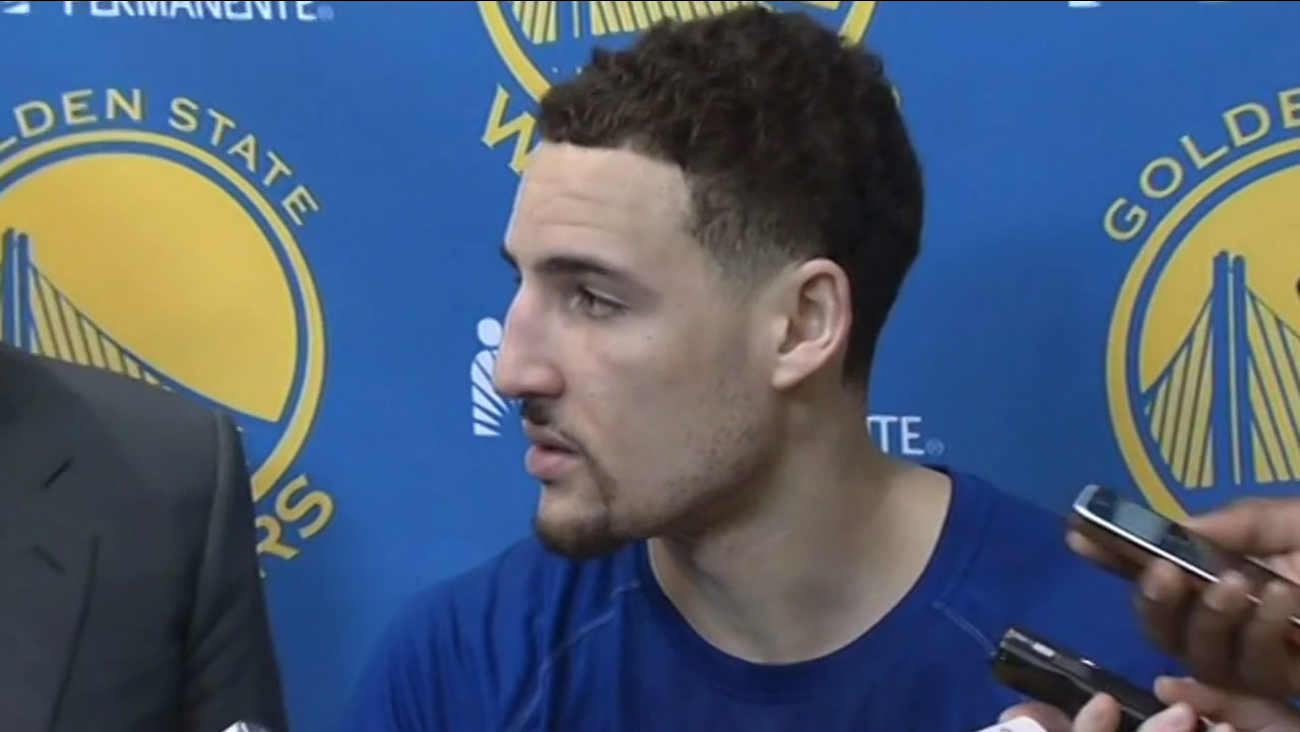 OAKLAND, Calif. (KGO) -- The Golden State Warriors practiced in Oakland on Monday morning and all eyes turned to guard Klay Thompson. He suffered a concussion during Game 5 of the Western Conference finals after taking a knee to the head. The big question now -- will Thompson be cleared in time for Game 1 of the NBA Finals?

"Each day he's progressed and looked great, but the doctors will continue to evaluate him and we'll take it day by day," said Coach Steve Kerr.

Monday's full contact practice was a key hurdle, but Tuesday will be the final call as to whether he plays in Thursday's Game 1 of the NBA Finals.

"Everyone on this team has a sense of toughness," Thompson said.

Toughness is what the Dubs will be facing. Some analysts have accused Cleveland Cavaliers guard Matt Dellavedova of playing too rough. Fellow Australian Andrew Bogut says it's a cultural misunderstanding.

"Just because he's a hard-nosed player and some people call him dirty but I don't think he is," Bogut said. "I think he goes out and plays as hard as he can for his team."

We've heard of the British invasion. But now it appears the Aussies are infiltrating the NBA by way of Saint Mary's College in Moraga.

The coach talks fondly of his former player nicknamed Delle.

For Bennett, the hardworking Aussie has become a great recruiting tool.

"He was definitely a huge influence on me to come to St. Mary's," said Dane Pineau.

For the Saint Mary's forward, scrappiness is all a part of his country's identity.

"We all, I think, we pride ourselves on being a gritty player," he said. "Back home that's kind of how you make your mark, you want to be the hardest working guy on the floor."

American coaches have taken note that the long flight to find talent is worth taking.

"It's pretty strong, we have six guys from Australia on our team next year," Bennett said.