Gov. Jerry Brown said he will sign a bill to rescue nearly 5,000 high school students who couldn't graduate this year because the state canceled a required exit exam.

Erick Perez is now sure he will attend San Francisco State University. The university told him a few weeks ago they would have to drop him because he had not been given a high school diploma.

The only way to earn that diploma was by taking the July exit exam. "When they told me that I won't be able to take the exam, it was like someone killed my dreams," Perez said.

It was a error made by U.S. California Department of Education. During the summer, it ended the contract with the company that gave out the exit exams. So those who needed to take July test could not. And students who didn't take the test didn't get a diploma.

Parents and a few graduates were left in limbo. "When am I going to be able to take the test? How am I going to get my diploma? Can I still go to college?" San Francisco International High School Principal Julie Kessler said.

A few weeks ago San Francisco Unified School District officials protested and began handing out diplomas. The legislature took notice and also decided that no student would be turned away.

There is also a U.S. Senate bill being considered that would cancel the exit exam for the next three years because the old exam is not in line with the new common core curriculum.

Meanwhile, Perez who came from Guatemala alone just three years ago said his family is proud of what he's achieved. "Especially my siblings that if they want something and they fight for that, they can have it," he said.

Perez is the first in his family to go to college. 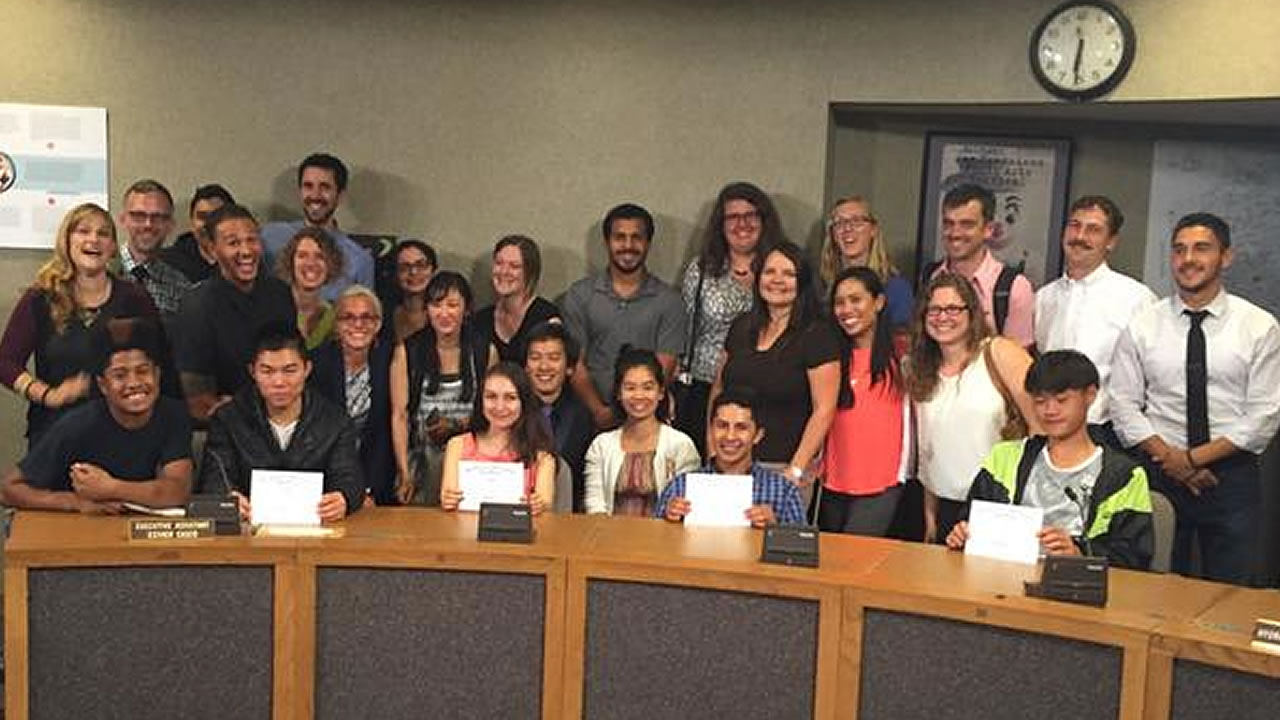