A sitting California Governor has only ever been successfully recalled once. Will Gavin Newsom be the next? ABC7 anchor Liz Kreutz explains how the Golden State came to this rare politic point.

SAN FRANCISCO (KGO) -- California's gubernatorial recall election is now just days away. Governor Gavin Newsom faces losing his job as more than 40 candidates look to replace him. All California voters had been mailed a ballot and so far millions have been returned. But how did we get here?

When did the recall begin

This recall effort began well over a year ago, in February of 2020, before the Coronavirus pandemic. But like everything else since March of 2020 the pandemic has reshaped the course of the recall effort.

Who started this recall and why?

Orrin Heatley, a retired Sheriff Sergeant with the Yolo County Sheriff's Department began the recall petition. Heatley deeply disagrees with Governor Newsom's position on immigration and his decision to put a moratorium on the death penalty.

Heatley's once longshot campaign, gained steam during the COVID-19 pandemic fueled by frustrations over Governor Newsom's stay at home order and overall handling of the pandemic.

But what really made the recall effort explode was Governor Newsom's infamous mask-free appearance fundraising dinner at the Napa Valley restaurant, at the same time that he was telling the rest of the state to stay home.

RELATED: California recall election: Everything you need to know about the race against Gov. Gavin Newsom

"There's one thing people don't tolerate. And it doesn't matter what side of the political spectrum you're on. Nobody likes to see hypocrisy in their government officials."

That French Laundry dinner combined with a judge's ruling that same month that gave the recall organizers extra time to gather signatures because of the pandemic gave the recall effort the boost it needed to seal the deal.

By the state's deadline in March, 1.7 million signatures had been gathered roughly 200,000 more than the amount needed to qualify.

A sitting California Governor has only been successfully recalled once before back in 2003 when Gray Davis was recalled and replaced by republican challenger Arnold Schwarzenegger. That race was captured in the ABC7 Originals documentary 'Total Recall(ed): The story of America's largest, wildest recall election.'

Weaving together new, insider stories and archival video, several key players from the 2003 recall election of Governor Gray Davis look back at this one-of-a-kind political moment: Why it happened and what happened once it qualified.

Stream this documentary on your TV

The race to election day

After the recall qualified, a date was set: Tuesday, September 14th.

As Newsom campaigned across the state -- visiting union halls and cleaning up homeless encampments -- he was backed by Democratic heavyweights.

Vice President Kamala Harris and Senators Elizabeth Warren and Amy Klobuchar joined him for campaign events. President Joe Biden announced he would join Newsom on Monday, the day before the election.

Meantime, more than 40 candidates had jumped in the race to be Newsom's replacement. Roughly half of them Republicans, including celebrity transgender athlete and businesswoman Caitlyn Jenner, former San Diego mayor Kevin Faulconer and San Diego businessman John Cox -- who ran against Newsom in the 2018 gubernatorial race and became most known during this year's race for using a giant, live bear as a political prop.

Within weeks, Elder started gathering large crowds of support at rallies across the state, touting that he would revoke all mask and vaccine mandates if he were to become governor.

As Elder gained traction, promoting issues like school choice and promising to crack down on crime, he became Newsom's foil for all that's wrong with the recall effort.

GOP candidate Kevin Faulconer also took aim at Elder, at one point calling on him to drop out of the race over comments he's made about women and allegations of domestic violence from his ex-fiancé.

Elder, who denied those accusations on Twitter, could not respond directly to Faulconer because he never agreed to debate. He said he only would if Newsom did. Mostly, the debate consisted of the other top polling candidates, but just once Kevin Paffrath -- one of the nine Democrats on the ballot -- joined, too.

Paffrath -- a real estate investor from Ventura, Calif. who made millions on his "Meet Kevin" YouTube channel -- pitching himself as a candidate with out of the box ideas. He said as governor he would work to build a pipeline from the Mississippi river to California to help solve the water crisis.

Overall, the recall election has come amid a very challenging and uncertain time for Californians. There are the wildfires, the drought, crime, homelessness all taking their toll. But at the heart of it all is the handling of the coronavirus pandemic.

Many voters ultimately said they supported Newsom because of his support for mask and vaccine mandates.

In the end, the very issue that led to the recall election, became the same issue that Newsom hoped would help him defeat it.

California recall election: Everything you need to know about the race against Gov. Gavin Newsom 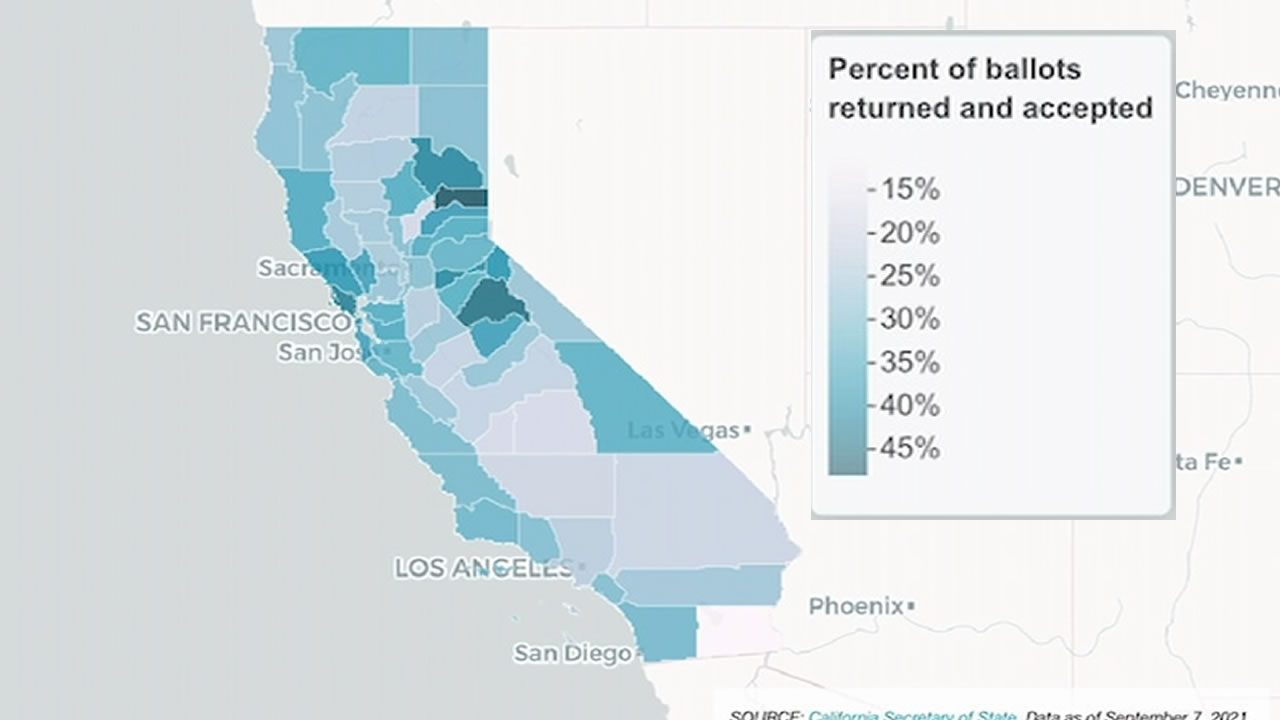 California recall election: How many ballots have been returned in your county? 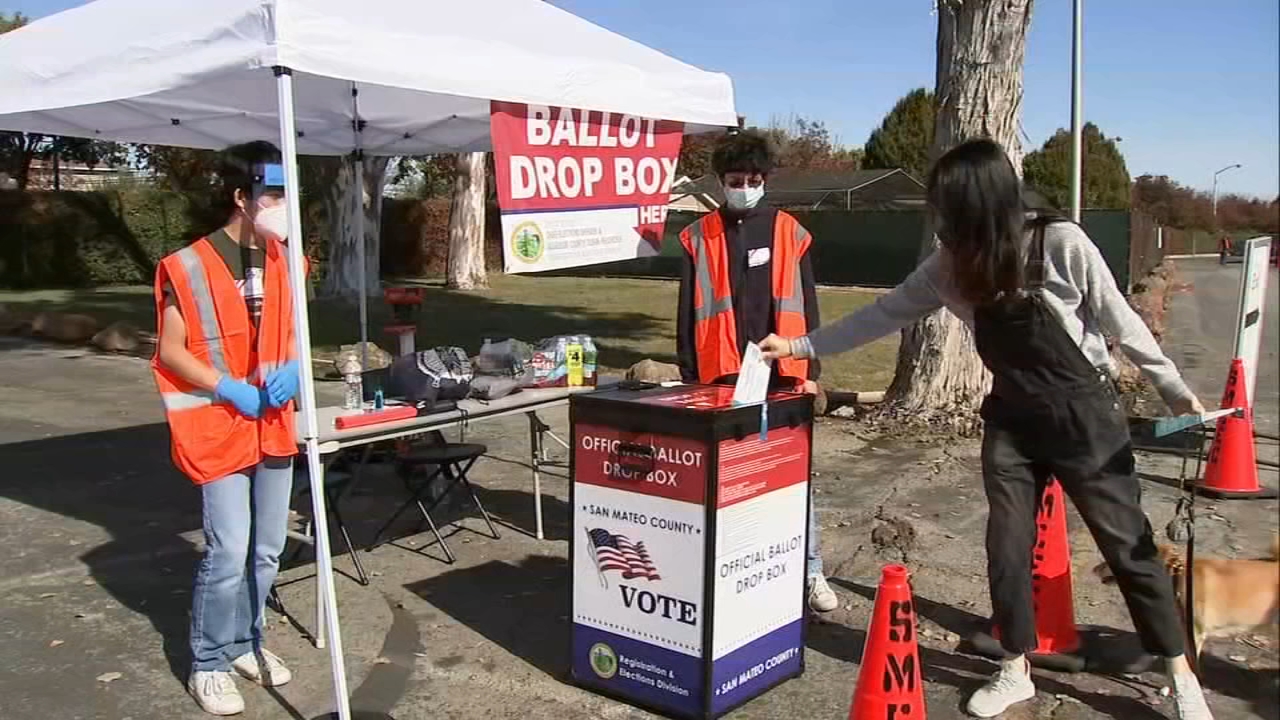