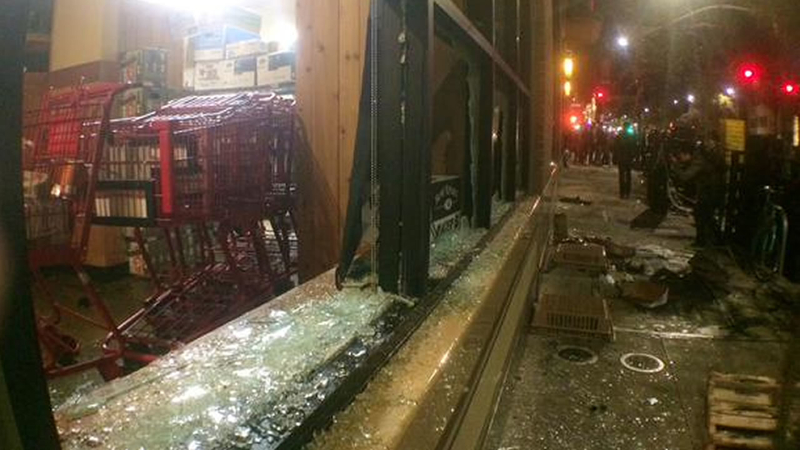 BERKELEY, Calif. -- Police used tear gas on protesters after they ignored orders to disperse and continued to block intersections in the area of Telegraph Avenue and 66th Street in Berkeley.

Police also made several arrests as hundreds marched through they city along Shattuck Avenue Saturday night. It's the latest in a series of protests following a New York grand jury's decision not to indict a white police officer in the chokehold death of Eric Garner.

Over 400 people took part in part in the relatively peaceful protest that started at 5 p.m. The march moved to Telegraph Avenue and then into the downtown area ending in front of the Police and Fire Public Safety Building. There, police say a small portion of the group splintered from the peaceful demonstrators and turned violent as they began smashing windows including that of a Trader Joe's grocery store, Wells Fargo Bank and damaging a Radio Shack store.

Neighbors of this vandalized Radio Shack are helping clean up after protesters busted out windows. pic.twitter.com/MrHRh3TiMF

Protesters tried to get to Interstate 80, but police blocked the freeway ramp. BART officials closed the downtown Berkeley and North Berkeley BART stations to avoid conflict with protesters.

Berkeley police say demonstrators threw rocks and other projectiles at officers. Two BPD officers were injured, including one officer who was treated at the hospital for an injury to the shoulder when a demonstrator threw a sandbag into their skirmish line.

There was at least one person injured and transported by ambulance to the hospital with what seemed like minor injuries.

Police warned people to avoid the area once crowds started to vandalized businesses in the area of University Avenue and MLK Jr. way.

Numerous police vehicles were vandalized as the crowd moved through the south campus area.

Some of the protesters have been violent causing damage/injuries. STAY AWAY FROM AREA

Officer Jennifer Coats said the crowd started out moving north on Shattuck Avenue at about 5 p.m.

Shattuck and Alston in Berkeley. Large group that continues to grow. #mapit pic.twitter.com/qFvSqSjQKk

In Oakland, photos and reports on Twitter this afternoon showed demonstrators walking into businesses and in some cases, reading the names of people slain by police. 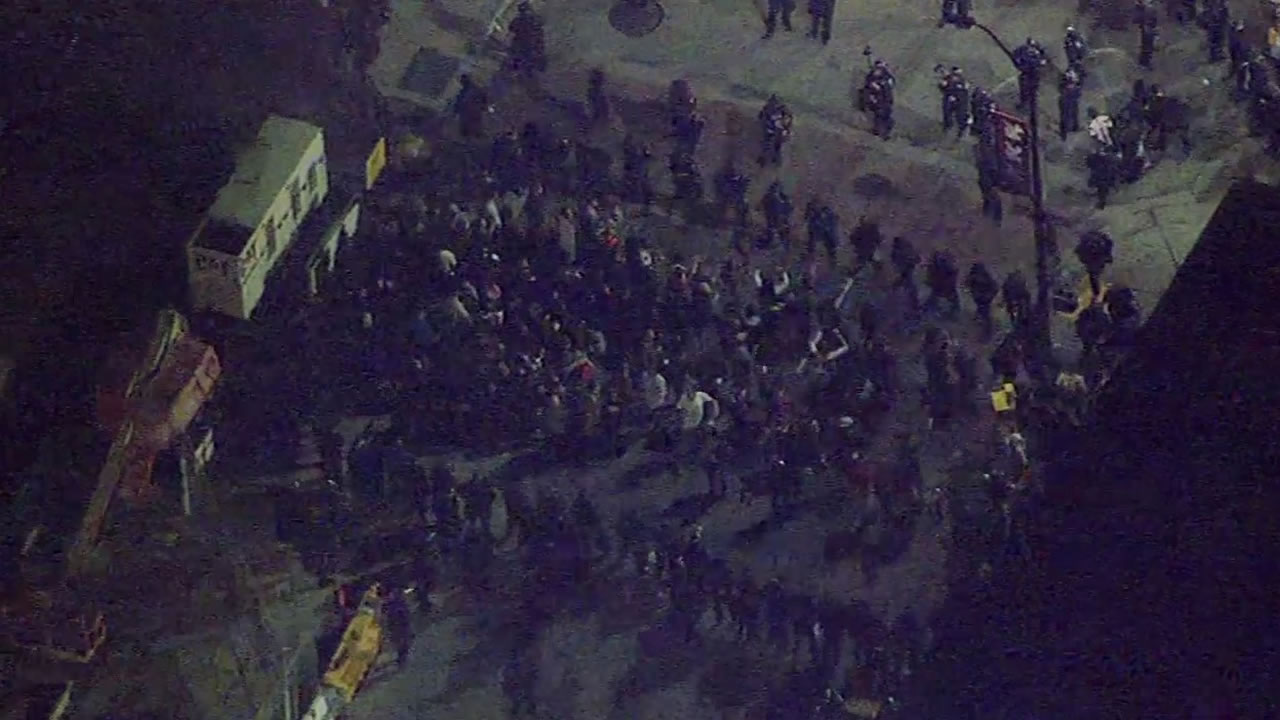