California gun laws make it tougher to buy assault-style rifles, but not impossible 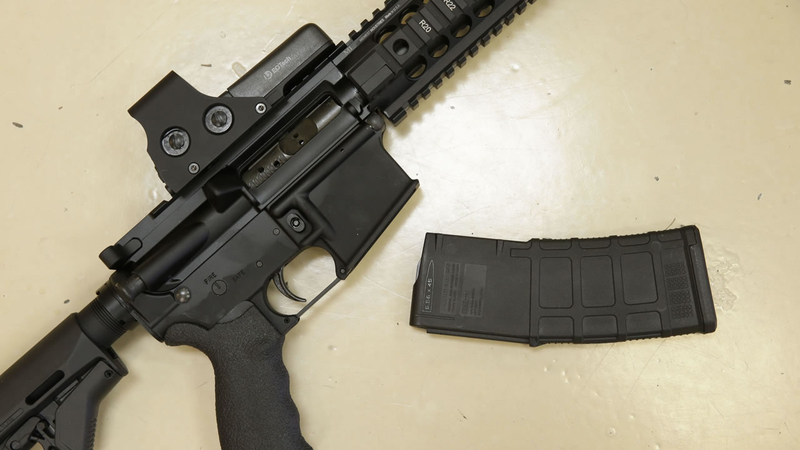 Tough to buy assault-style rifles in California, but not impossible

SACRAMENTO, Calif. (KGO) -- California has some of the toughest gun laws in America when it comes to buying the kind of rifle used in this week's mass shooting at a Florida high school.

The AR-15 rifle was used in this latest attack and several other mass shootings. It's a semi-automatic cousin of the weapon used by the U.S. military. And, as of Jan. 1, 2018, this kind of weapon could not legally be sold in California.

"Certain types of firearms that used to be allowed in California are now considered to be assault weapons," Redwood City Attorney Nafiz Ahmed said.

Ahmed, a criminal defense lawyer specializing in gun cases, is also a life member of the NRA. He says any rifle with a detachable magazine and another feature like a pistol grip qualifies as an assault rifle. He adds that California's laws are "very restrictive."

By comparison, Florida's laws are not, he said.

In the Sunshine State, for example, you don't need a license to buy a gun. There are no restrictions on the sale of high-capacity magazines.

Conversely, in California, it is illegal to buy or possess military-style assault rifles. The same is true for magazines that hold more than 10 rounds. No bullet buttons for faster reloading are allowed.

And, California has one of the nation's only gun violence restraining order laws. Some Californians want them even tougher.

On Thursday, several members of a local democratic group demonstrated in San Ramon against California Republicans who vote against more restrictive laws.

"The rest of the world doesn't do this," said protester Rebecca Barrett. "They don't deal with this everyday. Just seeing the news this week -- enough is enough."

But, Ahmed said, tougher laws don't crack down on those who won't obey the rules.

And the debate continues.