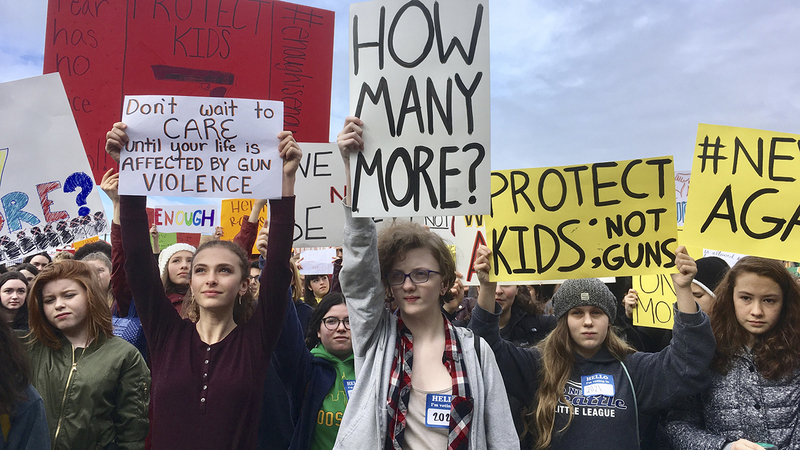 What to know about upcoming March for Our Lives

Two wildly popular Broadway shows are coming together to raise money for this weekend's March for Our Lives.

The new mashup, performed by Lin-Manuel Miranda and Ben Platt, garnered nearly a million views on YouTube in just a day. "Found Tonight" combines "Story of Tonight" from Hamilton and "You Will Be Found" from Dear Evan Hansen.

A portion of the proceeds will go to the March For Our Lives Initiative, according to the team behind the song. The march, which will be held this Saturday in Washington, D.C., is organized by the student survivors of the school shooting in Parkland last month that left 17 dead. The students are calling for "a comprehensive and effective bill" to "be immediately brought before Congress to address...gun issues."

Donations made to the cause go toward the march itself and advocacy work for gun safety legislation and other causes, and toward the Broward Education Foundation, which benefits the victims of the Feb. 14 shooting.

Platt, who is also known for starring in the Pitch Perfect movies, won a Tony last year for his role as the title character in Dear Evan Hansen.