'No room for hate': CA, city leaders discuss how many AAPI hate crimes have been prosecuted in SF 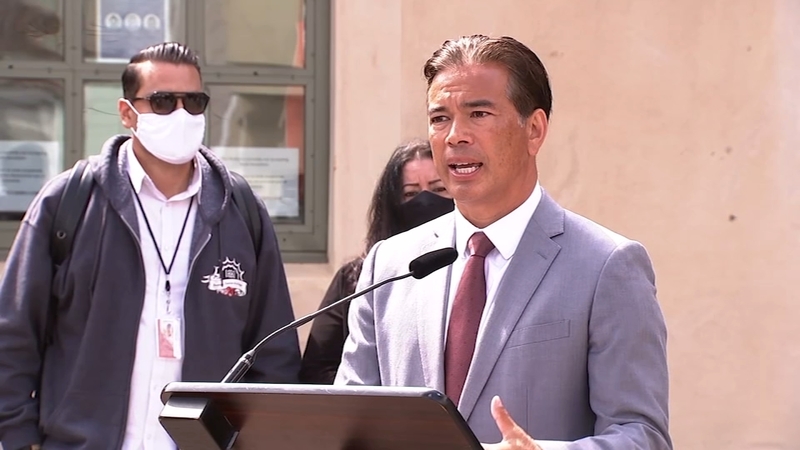 SAN FRANCISCO (KGO) -- California Attorney General Rob Bonta joined San Francisco Mayor London Breed along with community leaders for a roundtable discussion Thursday on combatting hate crimes. ABC7 News is digging into the numbers to see how many of these crimes are being prosecuted.

Not far from where a great-grandmother was brutally attacked in Visitacion Valley and later died, San Francisco city leaders and California Attorney General Rob Bonta gathered.

"There is no room for hate, not here, not anywhere, not now, not ever," said Bonta.

The roundtable comes the day after "Chinatown Night Out" in Portsmouth Square, an event aimed at better connecting the community with the police department.

At that event, Mayor Breed said suspects in attacks on Asian Americans have been caught.

"In almost every single incident that occurred, those folks have been arrested, they're awaiting trial, so they're behind bars and we are hopeful that they will be held accountable," said Mayor Breed Wednesday night.

"In 2021 we've had 83 reported hate crimes but that does not tell the whole story," said San Francisco Police Chief William Scott.

Chief Scott says that's because not every hate crime is reported.

WATCH: Our America: The story behind the stories about rising hate crimes against Asian Americans
EMBED More News Videos

In "Our America: Asian Voices," Bay Area journalist Dion Lim reflects on her experiences reporting on hate crimes against Asian Americans and how the community has come together to support those impacted.

"Thirty of those were committed by one person who is now in custody and has been filed on by the district attorney," said Chief Scott.

The San Francisco District Attorney's Office says in 2021, they've filed criminal charges in 70% of these cases.

Including against Derik Barreto, the individual Chief Scott said was linked to at least 30 hate crimes against the AAPI community.

As for the other hate crimes that make up the total number reported this year:

"We solve many of them, we don't solve all of them," said Chief Scott.

That's where Chief Scott says residents come in. He encourages people to report all crimes.