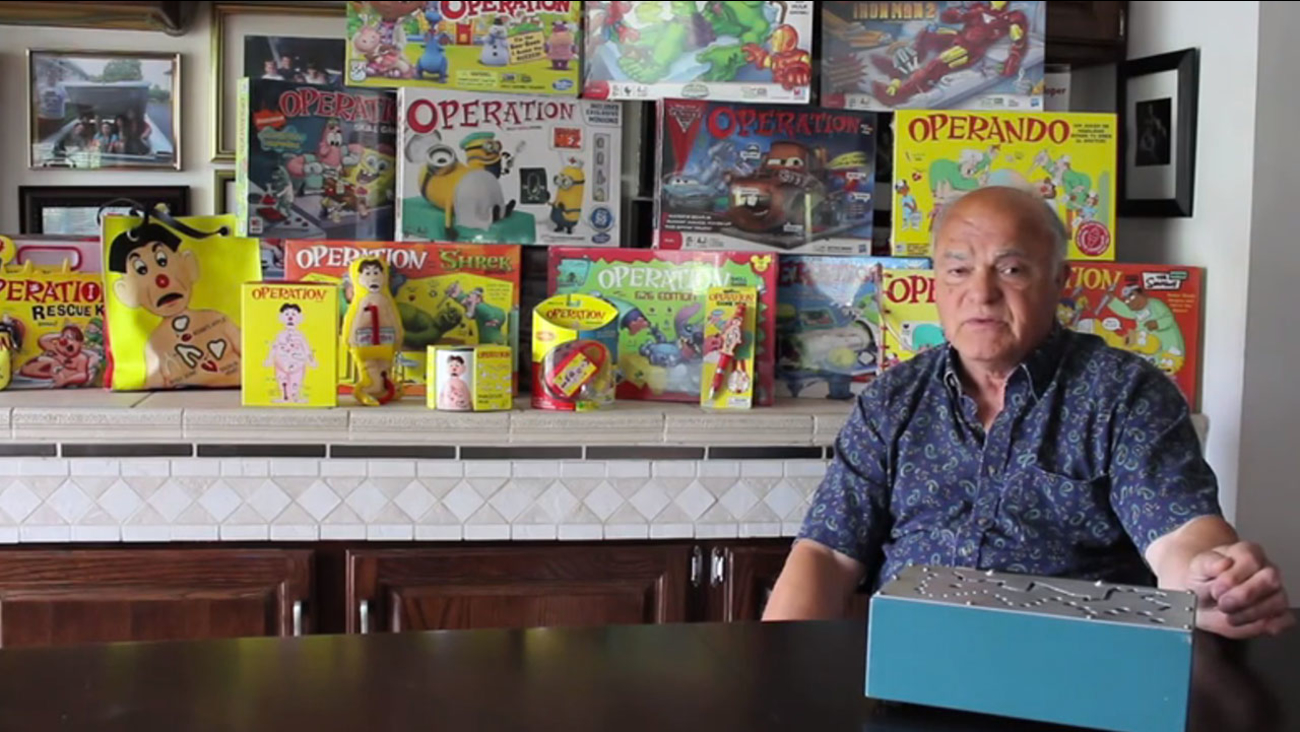 John Spinello, inventor of the popular board game "Operation," is now in need of an operation himself. (Tim Walsh / YouTube)

He created the infamous BUZZ-worthy surgery game "Operation," but now John Spinello, 77, needs an operation of his own.

In 1964, Spinello invented an electric game where the purpose was to insert a wand into holes without touching the metal openings on the side. Spinello sold his idea to a toy invention firm for $500, who then licensed the game to board game behemoth Milton Bradley. Milton Bradley modified and released the game as "Operation" in 1965. The game went on to become a multimillion best seller and a pop culture keepsake, with updated versions of the game giving players the chance to operate on characters like Spongebob Squarepants, Homer Simpson, and Iron Man.

"He's not bitter at all. John tries to celebrate his invention however he can, and let's face it, 'Operation' is one of those awesome, iconic playthings that's become woven into the very fabric of our culture," fellow board game inventor Peggy Brown said.

But in a sad twist of fate, Spinello is the one who needs an operation. The board game creator needs $25,000 for an oral surgery, and currently lacks sufficient insurance coverage to cover the medical expense. John's struggle inspired fellow board game inventors Tim Walsh and Peggy Brown to organize a crowd fund campaign to help the "Operation" founder with his bills and his, well, operation.

"John is in his golden years and things have gotten tough for him and his family. We think it's a shame that he was never fairly compensated for spawning a game that that so many people have loved and bought over so many years," Tim Walsh said.

Now Brown and Walsh are asking for donations to help out Spinello in his time of need and help pay for his medical expenses. The campaigns goal is $25,000, and of Tuesday over $5,000 has been donated. You can learn more about Spinello's story in the video above and the links below.

Help for the Inventor of Operation Crowdrise campaign
John Spinello's story at Iloveoperation.com